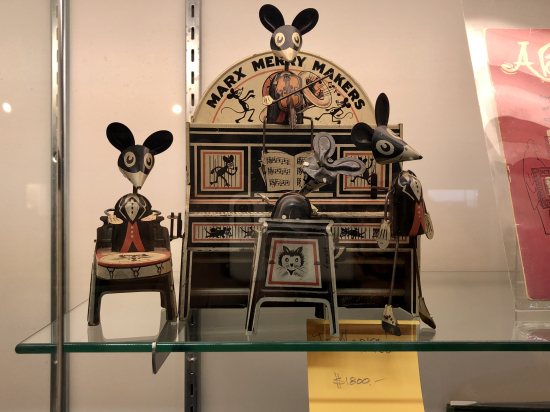 Each year I enjoy attending the Antiquarian Book Fair in New York City. It is an extraordinary exhibition of rare books, illuminated manuscripts, letters, ephemera, maps, and surprisingly, toys and games.

Among the more unusual things I saw was a 16th-century book that contained, what its title proclaimed to be, cures for the Black Death. There was also the first edition of Jonathan Swift’s (he of Gulliver’s Travels” fame) satire, “The Benefit of Farting Explain’d,” thus the latest frenzy in scatological toys is not a new phenomenon.

And yes, there were toys, but not a lot. Enough, however, to keep me hunting. Here are a few images:

The above “Marx Merry Makers” is a beautiful, wind-up toy in mint condition. When wound, the mice play their instruments and dance around to the music. The drum even has a picture of a cat on it. 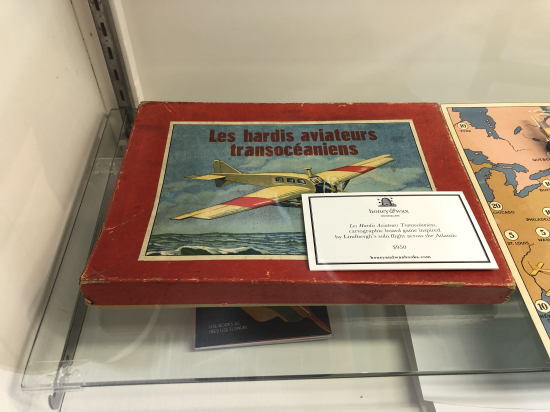 I love the look of the above game and box cover that came out just after Lindbergh’s flight across the Atlantic. The name roughly translates to “The Hearty Transoceanic Aviators”. In that Lindbergh landed at Orly Airfield in Paris to a frenzy of besotted Frenchpeople, it is no surprise that a game soon followed. 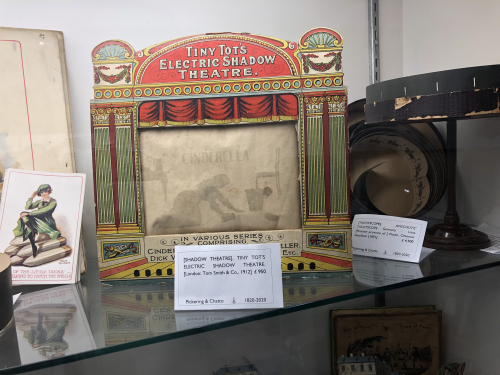 The “Tiny Tots Electric Shadow Theatre”, seen above, appears to be rare as I could find little information about it. I believe, due to the British vernacular spelling of “theatre” rather than the American”theater”, that the toy was made in the United Kingdom.  The theatre houses a light source in the back (hence “electric”), and the child could move shapes around in front of the light to produce shadows.

What truly caught my eye was a play pattern that was far older than I would have imagined.

According to Bromer Booksellers in Boston, MA, they are hand-painted miniatures, primarily of women, with different overlays of hairdos and outfits, allowing one to change the appearance. They are made of Mica and date to the 17th century. Below is an example of the miniature painting and next to it one of the overlays. 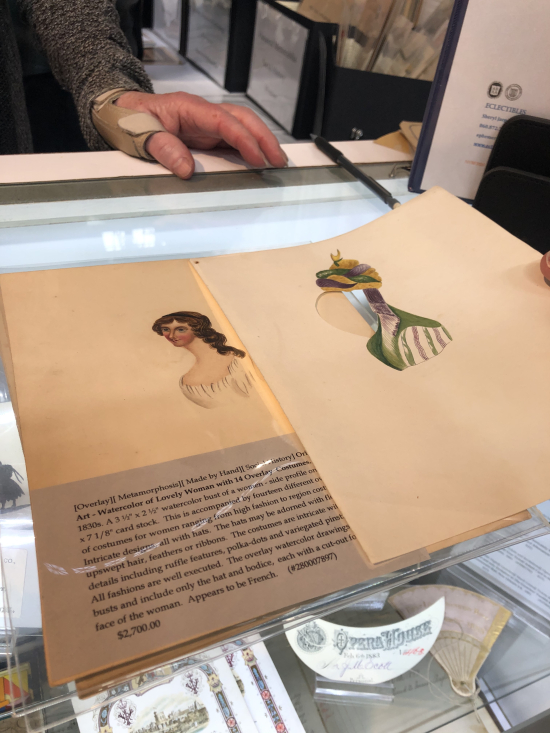 There were a number of designs on display. 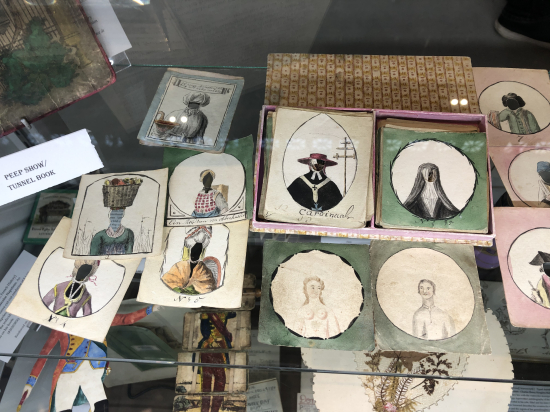 If you have never been to the Antiquarian Book Fair and you are in New York next March I strongly suggest you attend. It is fascinating.