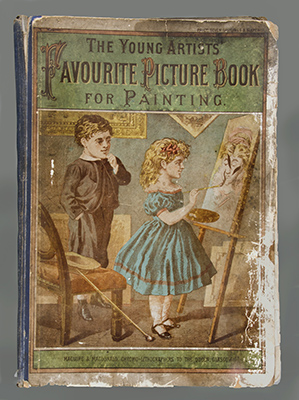 Crayola Crayons were inducted into the National Toy Hall of Fame way back in 1998, the first year of the Toy Hall’s existence. So it was well deserved when coloring books entered the National Toy Hall of Fame as part of the class of 2019. Coloring books have been around for more than a century and they mark a special time in childhood when one of the simplest toys can offer hours of entertainment and satisfaction. It turns out they do even more than that.

Historically, the paint book appeared before the coloring book. Children had paint sets in school, and publishers soon realized there was a market for home painting books. One of the oldest examples at The Strong was made in Scotland by MacLure & MacDonald, a publisher which began in 1832. This book was printed sometime after that. When wax crayons became popular during the early 20th century, publishers were quick to manufacture books for their use. The new books proved as entertaining as paint books, but they caused none of the mess. 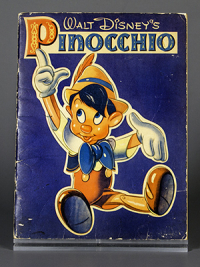 Coloring plays a part in the development of hand-eye coordination. Beyond this, it offers therapeutic help to children as well as adults. An occupational therapist noted that coloring, for young children, develops fine and gross motor strength, tool use, sensory processing, pencil grasp, dexterity, endurance, self-confidence, and learning objectives such as color identification and color matching. The key to all these benefits lies in the simplicity of coloring and the age at which it becomes appropriate (usually around age two). And many parents have reported witnessing the moment when a child masters the hand-eye connection and finally begins to color within the lines (this varies, but usually appears around the ages of four or five). Often this change is visible from one page to another in the same coloring book.

Because they are printed on paper, even the earliest coloring books might carry advertising to help meet printing costs. And any character that kids loved, from Disney’s creations to comic book heroes, quickly found second lives inside coloring books. Kids wanted to add their own creative touches to their favorites. Fast forward to now, and this pattern still continues, for children and adults. Are you a fan of Taylor Swift or K-pop? Grab a coloring book. Game of Thrones? Godzilla? Gilligan’s Island? Golden Girls? Yes—you can color all of them. 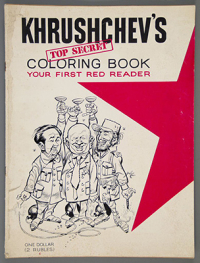 Traditionally coloring books were made for children. But during the 1960s there was a brief blip when publishers made parody coloring books specifically for adults. A book that poked fun at John F. Kennedy sold more than two million copies. None of his rivals were safe either. And more recently, beginning around the year 2000, adult coloring books began to proliferate. Initially these were anti-stress exercises that offered “soothing patterns.” But now adult coloring books seem almost as common as those meant for children. And there are even books that allow for both grownups and kids to work on the same book at the same time.

So, color me happy that the coloring book is finally honored in the National Toy Hall of Fame. Inexpensive, entertaining, and guaranteed to feed a creative spirit, coloring books will probably always be around to add some color to our lives.