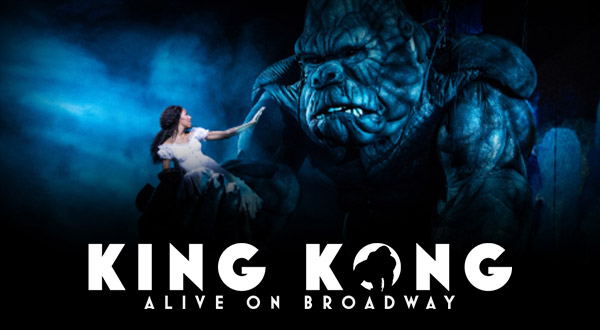 Producing Entertainment is Not Without Risks…

Experiential stores, or retail theater is very much “this year’s blonde,” the “flavor of the month,” or, put another way, the current basket into which people are putting a lot of their eggs hoping to stimulate tons of toy sales.

It’s a great idea, but it is one that has yet to find an effective execution. The Camp store in New York City is outstanding conceptually, but on recent weekend visits the crowd seemed sparse. (This may also be due to the last few good weekends in New York prior to winter.) The store, which announced expansions at Toy Fair this year has yet to open any other location, and the company web site lists them all as “coming soon.” Moreover, the searing review the new Toys “R” Us Adventure received in the Chicago Tribune did nothing to support the concept. While the tone of the review was especially mean-spirited, a parent who had spent nearly $100 for a family of four might have the same level of disappointment, at least assuming the facts in the review are accurate.

The problem with experiential retailing is that it attempts to be the synthesis of two different types of experiences that don’t necessarily, well, synthesize. For experiences, particularly with high ticket prices, consumers have high expectations. They want to be surprised and delighted. Think of any attraction at Disney. They are the admitted masters of this, and every attraction at one of their parks has a narrative arc that leads visitors through it. They fill each attraction with details and surprises and provide an entertainment experience that is satisfying—even exciting—on its own, and most importantly makes people want to go through it again. They give consumers’ their money’s worth. The gift shop—and there’s always a gift shop—is incremental revenue. Disney got your money at the gate, and while it’s expensive to go to the parks, they are destinations on their own. Disney can also use dynamic pricing for high periods like the holidays where they concurrently up the entertainment value of being in the park. They have to produce entertainment per square foot.

Retail, on the other hand, has to produce product sales per square foot. Every square foot that is not devoted to showcasing product has to be paid for by space that does. This is especially true when no admission fee is charged to compensate for that. That changes, or can change, the equation radically. To put it simplistically, the product for sale has to pay for the shelf space it sits on and a piece of the store that has no product. In an environment of tight margins, the path to profitability becomes more challenging.

Think of Starbuck’s. How high must the profit margin be on every cup of coffee they sell to afford the space where people can sit? You know two things from this a) they’ve done the math, and b) that’s why your coffee is expensive.

You can argue that a trip to Tiffany’s is experiential as well. It’s a window into an established luxury brand, and participating in that brand is part of a visit to the store. It's a destination for thousands of tourists every year, and even all these decades later, Audrey Hepburn is still the best advertisement the brand has ever had. (We’ll set aside for the moment the questionable morals of her character Holly Golightly.) What Tiffany’s sells by the ton are not diamond necklaces, watches or pearls, but the small silver trinkets that can be had for around $150 or less. Why? Because people want to give that blue box, and they want to connect to the brand.

The Apple Stores are often cited as a model for experiential toy retailing. Going there is definitely an experience. Yet, consider that while some people may wander in idly to see the new iPhone or tablet, the majority of people there are there with a specific purchase in mind. Each computer or an iPad sold more than pays for the casual shopper in the store. People wait to try out a keyboard or look at a screen resolution or some such. It’s also a powerful engagement tool for an established brand.

When it comes to showcasing toys in a similar environment to an Apple Store, I wonder whether kids will be as patient? What about crowd management? What about germs? What about shrinkage? What about personnel costs and the extra care for personnel that are going to be around children? What about the inevitable complaints of kids being pulled away from a toy in which they’re immersed?  What about having a sufficient experience with a toy to the point where there’s no need to purchase it? Obviously, all of these are issues that can be addressed, but they all have significant attendant costs, and the question remains: how does one do that on the margins of toys, particularly when consumers are going to shop on price? Does an experiential toy store become a showroom for a consumer to buy elsewhere?

It has become an article of faith in the current culture that millennials buy experiences rather than products. Yet in every study I’ve read, experiences include health club memberships, dining out, and trips to casinos as those experiences. Even one of the better of these that I’ve reviewed from McKinsey & Company  doesn’t talk about kids or toy buying, but it does make the point that, “Shared experiences with friends and family have a deeper psychological link to long-term intrinsic happiness than buying products does.” There’s a fair amount of anecdotal evidence to back this up, but our conversations with parents also reveal that resistance to buying more toys also comes from the statement, “My kids already have so much stuff!” That said, they are also being as discerning about the experiences they select as the products they buy. The commodity these parents most value is time, and they want to be sure to make it as productive as possible.

In the end, retail theater comes down to two issues: show business and math. Show business is all about giving an audience what it wants, providing an intrinsic entertainment value. Did people who spent thousands of dollars on tickets to Hamilton get their money’s worth? You’d have to ask them, and chances are that the value to them goes way beyond merely seeing the show. Can your retail theater experience provide entertainment in which your audience wants to engage? Are there enough bells and whistles to dazzle them and make them choose that as a way to spend their time over other available experiences? Will they want to tell their friends and want to come back?

As far as math is concerned; it’s fairly simple. When revenues for a Broadway show decline past a certain threshold, it closes. Even shows like Phantom of the Opera, now in its thirty-first year, will close one day. The same concept applies for retail theater. Once all production costs are factored in, can you make enough money to be profitable? The challenge for retailers is that producing a show and selling toys are two different businesses. If you’re going to rely on ticket sales, you have to price those tickets so that your consumer feels he or she has gotten a good value for the money. With all the entertainment choices available to families today, you can’t just half do it. Even if millennials are willing to buy experiences, they are also looking for authenticity and value. If you’re depending on toy margins to fund the entertainment, well, that’s a whole different calculation entirely, and your projections will have to take into account how long it takes to recoup investment. (Just as Broadway shows do.) These calculations apply whether or not the retailer is funding the experience or is relying on manufacturers. In the latter case, the manufacturer has to look at return as compared to other promotional activities. Yes, of course there is intangible value in brand building, which could lead to investment in experiential retailing, but at the end of the day that expenditure will have to be covered by incremental sales. If you don’t bring in more than you spend, the show will close.

Retailers like Camp have diverse revenue streams—toys, activities, café—all with different margins and projections, and assuming that people come and come back, that can work. However, the jury seems to be out on the long-term effectiveness of that strategy. Hasbro has partnered with Kilburn Live for its Nerf Challenge—a touring interactive, three-hour active play experience—that leverages the popularity of the Nerf brand and the proven expertise of the event company. For about $40, attendees can immerse themselves in active, competitive play. Presumably ticket sales cover costs, and a preview of the experience shows that it’s a great value—for active Nerf fans. You don't have to be all things to all people. A great experience for a loyal audience can be very successful. The important thing to bear in mind about the Hasbro/Kilburn partnership is that retail and entertainment are two separate businesses with two distinct models and executions.

The bottom line is that there are a lot of smart people out there trying to create dynamic, appealing retail. It’s always a calculated risk, but before you rush headlong into what’s being billed as a hot trend, take a step back. Do your homework and analyze whether what you think is hot really has potential. After all, King Kong on Broadway lost virtually all its $30 million capitalization, and a lot of people on at least two continents believed it couldn’t miss.