Its 4th of July week so I thought it would be fun to post some pictures of patriotic toys form the past.

The above image shows an array of miniature American battleships from the late 19th century. If you look closely, you will see that the ship on the far left represents the Battleship Maine. Next to it is the Cincinnati. The Maine was not blown up in Havannah Harbor ("Remember the Maine") until 1898 so this was more than likely prior to the occurrence. 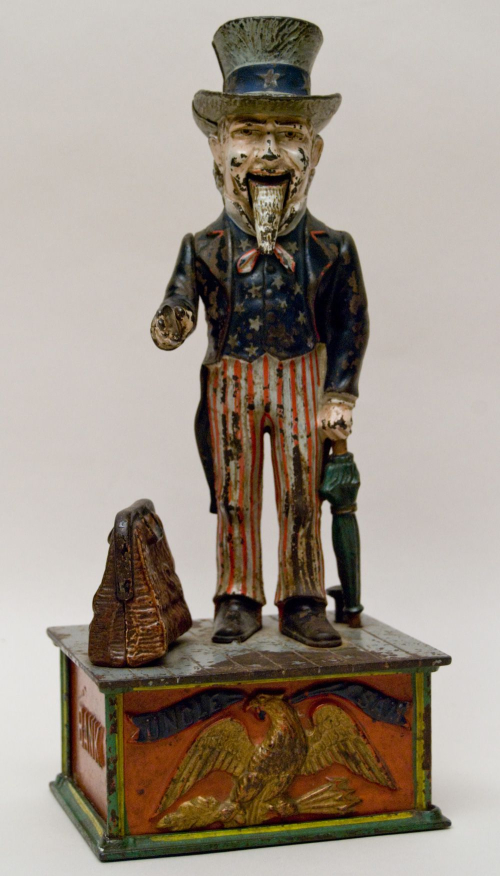 The Uncle Sam bank, see above, dates to the 1890s. Uncle Sam was a highly prevalent character in American history but has almost disappeared in recent decades. The above Cabin bank, dating to the late 19th century, provides some history about the American flag ("Stars & Stripes designed by George Washington"). 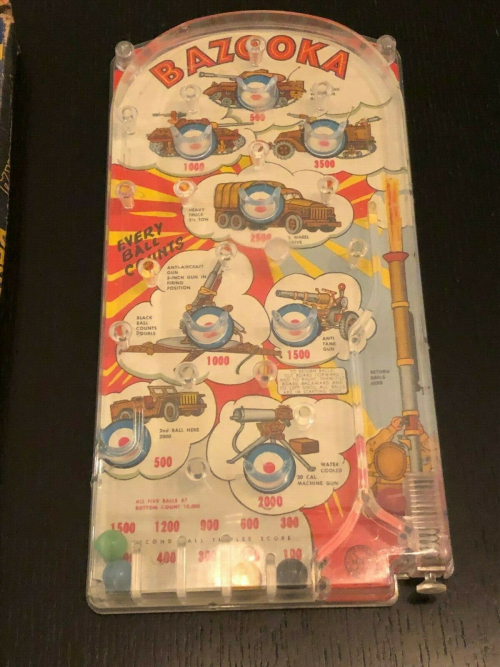 Bagatelle game by the Louis Marx company. Due to the military theme and the appearance of the weapons, it appears to date to the 1940s'.