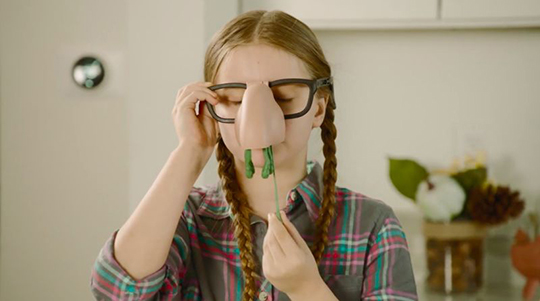 In 2018, the toy industry saw a significant increase in toys related to potty humor. Some critics speculated that this was based on the popularity of the smiling poop emoji on the iPhone, while others associated the trend with the new generation of parents raised on South Park’s Mr. Hankey, The Simpsons, and Family Guy. Lawrence Cohen, Ph.D., author of Playful Parenting, noted that the sensory experience of using the bathroom combined with the “hush-hush privacy and secrecy” creates the opportune moment for children to get a reaction from adults. Attendees of Toy Fair 2020, February 22– February 25 in New York City, saw a continuation of this trend. I previewed an array of new toys related to bodily functions, including one that really makes me go “eww”—nasal mucus. 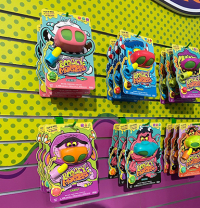 In 2020, Funko, best known for their licensed pop culture collectibles, will release Boogey Monsters, a new line of collectibles. Funko touted that with Boogey Monsters, “kids can use a monster finger to pick a collectible Boogey Monster figure from a nose full of slime. Get ready for a gross-out good time!” The concept resembles Moose Toys 2007 Boogaz. Each Boogey Monsters blister package features a different monster character and comes with a plastic finger with a long, gnarly nail for picking, a large nose filled with green slime, and three collectible booger figures, two of which are hidden in the slime. Boogey Monsters invites children to have the power by doing a forbidden thing that grosses grown-ups out. It also has a built-in element of surprise and encourages trading and sharing.

Far Out Toys’ Snot Nose, also forthcoming in 2020, is a multi-player roulette style game where players must rely on the luck of the draw. A player holds a plastic nose filled with slime up to their nose and attempts to hand-pick a slime booger from the nostrils. If a player selects the wrong booger, they are “snotted with a slimy concoction.” There is nothing that I find appealing about this game, but it relates well to a stage of humor that most individuals go through. In his 1905 book, Jokes and Their Relationship to the Unconscious, Sigmund Freud detailed the three stages of humor—play, jest, and joking. Jesting involves playful exaggeration and absurdity. 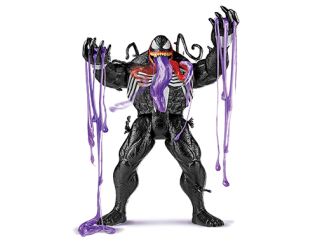 In Fall 2020, Hasbro is scheduled to release Maximum Venom Ooze, a 12.5-inch-tall figure based on Marvel Comics’ supervillain Venom. Hasbro previewed a brawny figure that is loaded with purple slime that drips out of his mouth. His tongue also wags back and forth much like Gene Simmons’. While it’s not exactly snot, the ooze is cold, slimy, and somewhat wet to the touch. In comic books and film, Venom is a sentient alien Symbiote with an amorphous, liquid-like form. He survives by bonding with a host. Venom is often portrayed as a scary figure, both vengeful and mentally unhinged, and through humor in the form of a spewing, beefy action figure, kids can work through any number of anxieties or fears.

These toys and games not only present a continued trend in the playroom, but also remind us that life is messy. It’s socially acceptable to make jokes of things that embarrass us. Science writer Jenny Marder pointed out an important truth: “If you want to know what’s troubling your children or what’s on their mind, pay attention to what makes them laugh.” Play is a wonderful way to deal with awkward subjects.