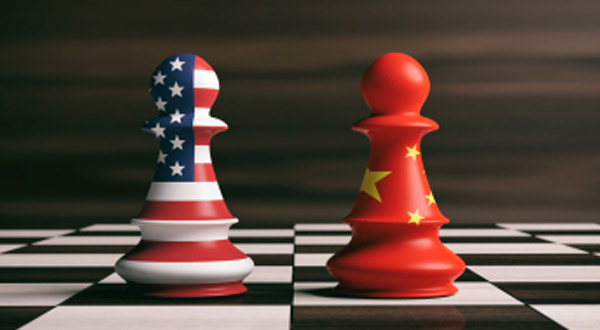 Jun CAI (Patrick) is the Global Marketing Manager of Hape. He leads the company’s marketing operation, including communications, research and analysis, public relation, and international marketing. Before his role at Hape, Jun’s career path is reflected in his exploration of the Hobby and Toy sector from upstream to downstream. Along the way, he has been fortunate to have found his passion for branding, strategy, and market insight.

After finishing high school in China, Jun studied Business oversea for four years and graduated from the State University of New York in 2012. Later, he obtained a Masters of Science degree in Entrepreneurship, Innovation, and Management from the University of Nottingham.

Jun has studied and worked under international settings for over ten years, and he enjoys meeting with people from different cultures.

As the recent breakout of the coronavirus, China now is the central spot for hot topics and controversy. With its dropping birth rate, some may ask: is it still the Gold mine for Infant and Toy Industry? Actually, all these should NOT scare businesses away.

According to the recent news, the birth rate in China hit its lowest in 2019. The number of newborn babies reached 14.6 million – a decrease from 17.8 million in 2016, which was the year when the second-child policy started. What matters more is that the second child accounts for 57% of the total birth.

In other words, it’s pretty obvious that young Chinese couples are reluctant to have babies! In fact, real estate prices and the growing trend of individualism seem to be the most effective contraceptive against the growth of the birth rate in China. This is not a good sign for the Infant and Toy Industries.

BUT, China is still a top growing market for toys (as well as a top growing economy if that matters). How is it possible when you have fewer babies?

In fact, I see the secret is hidden behind a key indicator – annual average spending on toys. A study by HKTDC reveals that Chinese parents’ average annual spending on toys has increased significantly from 2014 to 2018. This number, at least in major cities in China, is chasing after markets like the USA, UK, and Australia, just to name a few top spending countries.

Therefore, now the question can be described as how to make consumers choose my toy? Well, I guess a universal answer would be Marketing, Branding, and Positioning. They play a crucial role in the competition, which eventually leads to purchase preference. There’re plenty of successful cases across different industries to be found on the internet. Though do keep in mind that China is still failing behind a lot in terms of the average spending on a national scale. But this actually provides another opportunity for smaller businesses.

Due to the market size of China, a business only needs to capture a small proportion of the market, and that’s already enough to achieve huge success. Therefore for smaller players, one possible solution to get tapped into China is through the rural market. In a way, it helps smaller brands to avoid head-to-head competition with big names as they probably don’t have sufficient funds to burn for marketing.

An extreme-but-real example is Pinduoduo (NASDAQ: PDD, Chinese: 拼多多) – a domestic eCommerce business that targets less developed rural market for consumers who want to pay less. With its effective marketing and sharing strategy over social platforms, today it has grown to become the top 3 eCommerce platforms in China. I think they're at least two things PDD taught us:

How long does it take from zero to being listed on the New York Stock Exchange? The answer from PDD is less than 3 years. Who knows, maybe we should expect a toy company to beat this record. After all, is what we can really dream of from the tremendous potential of China.