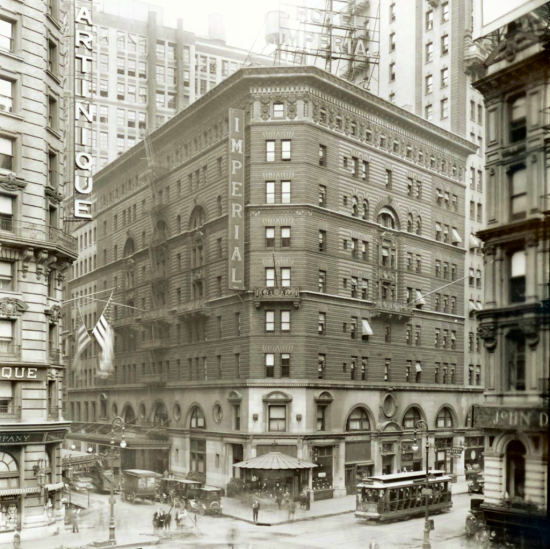 Hotel Imperial, home of the 1922 Toy Fair
What did the article feature as the "hot toy" of the show? Why, it was "Mother Cary's Chickens" which the piece described as performing "in several ways"
…

Toy Fair is coming so I thought it would be interesting to look back to the Toy Fair of 1922. The New York Times headline describing the Fair read: "Toy Fair Opens – Foreign Novelties Are A Feature of Show – Offer Jackie Coogan Prize".

There was a lot going on that year. The Wimbledon Tennis Championships debuted, King Tut's tomb was discovered and the Soviet Union was formed. It was, in short, a relatively peaceful time between the world wars and it was a confident toy industry on display.

Why do I say the industry was confident? Because the show, until this point,  had been designed to support US manufacturers.  In 1922, however, that changed as Toy Fair actively accepted foreign toy companies.

What surprised me was that that as much as we think of the Toy Building as the center of the action, it was actually the Hotel Imperial, pictured at the top. It was located at the corner of 32nd and Broadway, ironically only five blocks from the current Toy Association offices at 37th and Broadway.

In addition, I find it interesting that child actor, Jackie Coogan, star of "The Kid", was to be a main draw for the Fair. The movie had premiered in 1921 and had featured young Coogan. Celebrity was selling toys almost 100 years ago.

And what did the article feature as the "hot toy" of the show? Why, it was "Mother Cary's Chickens" which the piece described as performing "in several ways". I could not find a picture so we are left to wonder in what ways that was.