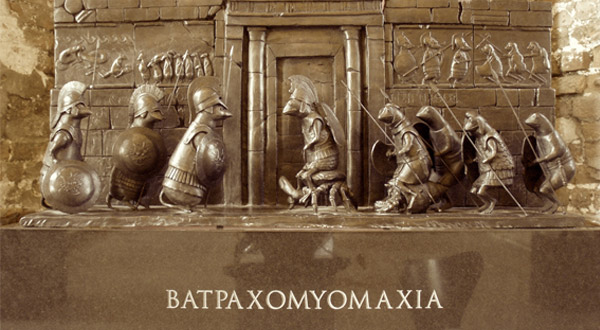 How threatening Mice advanced with warlike Grace,
And waged dire Combats with the croaking Race.
– Opening to the Battle of Frogs and Mice

Those of us who grew up with Walt Disney and Looney Tunes tend to think that funny, anthropomorphic cartoon animals are a 20th-century phenomenon. Well, of course, they are not. Just think about anything from Aesops Fables to The Wind in the Willows. 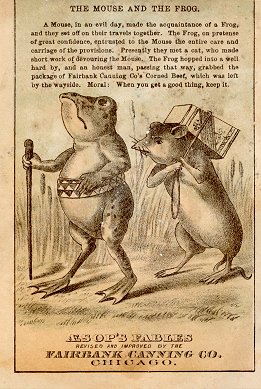 Still, it is fun to come across new examples, which is what happened to me this week when I stumbled across "The Battle of Frogs and Mice." It is an ancient story by an anonymous author, probably Greek in origin (the original names is Batrachomyomachia) and possibly dating back to the reign of Alexander The Great. 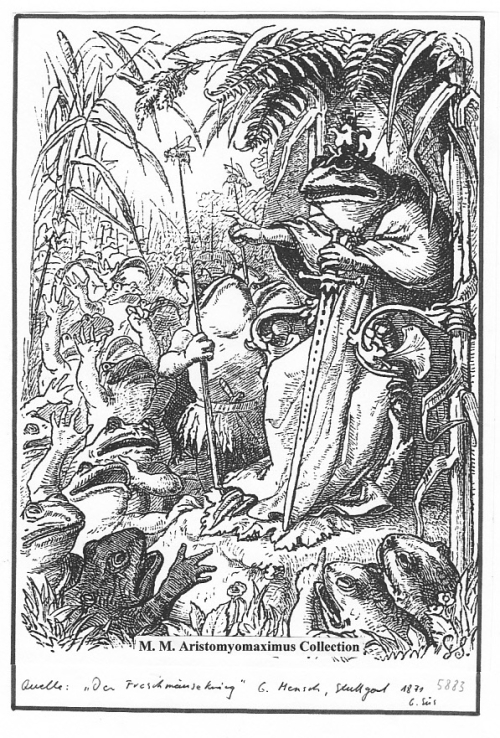 The story is presented as an epic poem, which is, in actuality, a parody of the Iliad. In this case, instead of Agamemnon, Hector, Achilles, we have Crumbsnatcher and Pufferthroat, the former a mouse and the latter a frog King.

The plot involves a well-meaning frog, the King, who offers a mouse a ride on his back so that they can cross a pond and see his kingdom. While crossing, The two are threatened by a snake, the frog dives, leaving the mouse to drown. Fellow mice watch the tragedy unfold and declare war on the frogs. 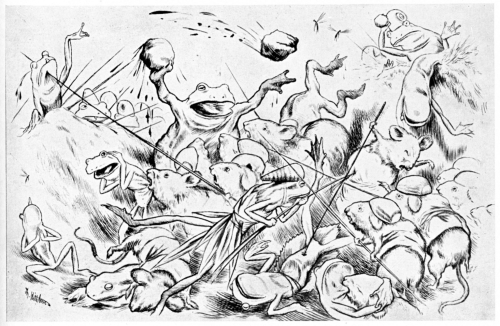 I have included some artwork that has illustrated the tale over the millennia.