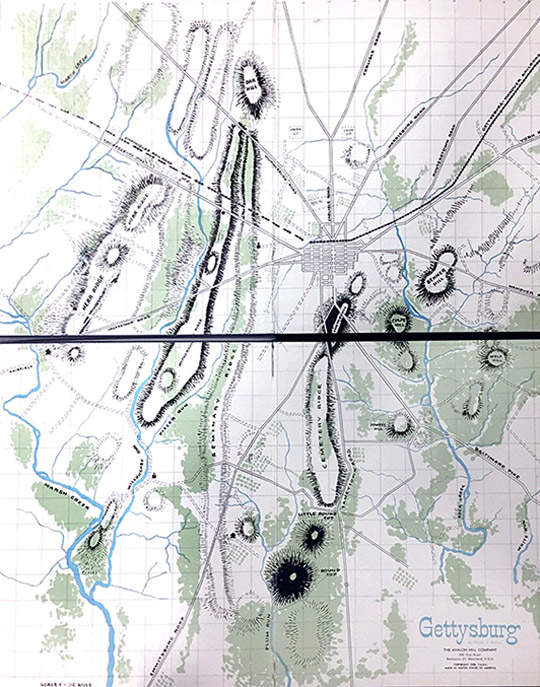 A board game begins with the board. But how is that board divided up? Often the simplest unit of division is a square. Consider the 64 squares of a chess board, or the 92 squares on a Stratego board. In each case, players take control of a square which exists in relation to other spaces around it, especially if they share adjoining borders. The design of these game boards affords or encourages certain types of movement, usually horizontally or vertically (in four directions) or in some cases diagonally in eight directions (as with the bishop in chess).

And yet there exists a problem with this sort of layout in any game that allows freedom of movement, because the connection between these squares is uneven. Although squares share a long border horizontally and vertically, they do not share such a border on the diagonal connections. In a game like chess, where you physically pick up a piece to move it, this is not much of an issue. But as simulation board games began to develop after World War II, this proved more problematic. Many of these games involved sliding pieces (or cardboard tiles that were frustrating to pick up) from square to square, like army units occupying territory. For these situations, hexagonal spaces that provided equal movement in six directions, produced a better solution.

As is true throughout the history of innovation, whenever there is a problem, it usually turns out that multiple people arrive at similar inventive solutions. That was the case with the development of the hex as a basic unit of division in board games.

Piet Hein, a Danish polymath, who was a quantum physicist as well as a designer, poet, and puzzle and game inventor, came up with the idea in 1942 for a game in which players competed to create connected lines across a game board made up of hexagonal spaces. Thus he might be credited as the father of hex. Yet in the late 1940s, American mathematician John Nash (the subject of the movie A Beautiful Mind) independently invented a similar game at Princeton that also used hex tiles. In 1952, Parker Brothers released a version of the game which they called Hex. 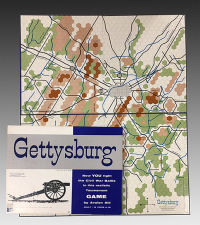 This was a time of post-war prosperity when people increasingly had the discretionary income to buy board games, but it was also a period when the United States and the Soviet Union, allies during the war, had become bitter rivals locked in a Cold War. Rather than downsizing after the victory over Germany and Japan, the American military complex shifted from fighting the Axis powers to planning for a major conflict with the Soviet Union and engaging in a series of smaller wars such as that fought in Korea. To help plan American strategy, the Army Air Force and the Douglas Aircraft Company created the Rand Corporation, a think tank that made significant contributions to American policy and computing.

One of the projects the Rand Corporation focused on was modeling conflict through the use of war games. To that end Alexander Mood, a staff member at the Rand Corporation, introduced a honeycombed, hex-shaped board that allowed pieces to move in six directions rather than just four. John Nash was at the Rand Corporation and, in a 1952 paper he coauthored entitled “Some War Games,” he and coauthor R. M. Thrall described using this hex-based system for ground and air games. 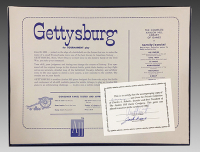 It was another game creator, however, who took this development and made the most significant contribution to the development of hex-based games: Charles S. Roberts. Roberts was an army veteran who in 1954 published Tactics, a military simulation board game that is often credited as the first modern wargame. Roberts then founded the game company Avalon Hill, and his games and their innovative simulation of battlefield odds drew the attention of the Rand Corporation because his Combat Results Table for determining the outcome of battles mirrored systems they had developed. The Rand Corporation invited Roberts to visit, and supposedly while he was there he noticed their use of hex-based boards.

Recognizing the superiority of a hex-based system for simulating movement, Roberts began using it in game design in 1961. That year was the centennial of the American Civil War, and so there was a demand for historical simulations. Roberts redesigned his recently released game Gettysburg with the new hex pattern. The Strong owns copies of Gettysburg belonging to Roberts, both in the older square format and in the revised hex version. He also used it for the Avalon Hill game Chancellorsville, another Civil War simulation. Soon the hex system became commonplace in a high proportion of wargames, as well as in more mainstream games such as the 1969 release Psyche-Paths.

Since then, hex board layouts have been used in a wide variety of games. Settlers of Catan is perhaps the most famous example, but plenty of others exist including the spaces in the game Hero Scape. Even video games will often use the hex layout, not only in wargames but in titles such as in Sid Meier’s Civilization V.

So next time you see a hexagon in a game, remember with gratitude the work of pioneers such as Piet Hein, John Nash, and Charles S. Roberts.

Vice President for Exhibits and Director of the International Center for the History of Electronic Games, The Strong National Museum of Play