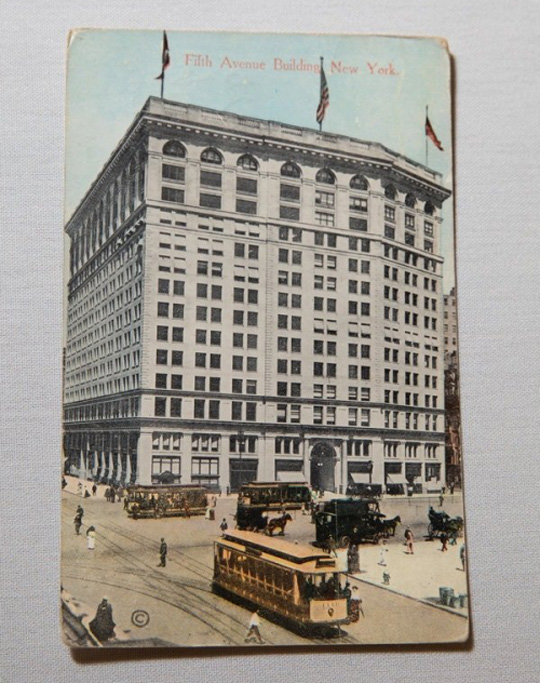 I knew when I saw the above postcard that I wanted to share it with you. It's the Toy Building, in all of its original glory. I found it in, of all things, an article about postcard collecting.

Based upon the presence of horse-drawn wagons and an absence of automobiles, I would speculate that the picture was taken shortly after the building opened for business in 1909. This city of horses is the world in which the toy industry's 20th-century founders lived, and this is the building they chose to make their own.

There are still many of us in the toy industry who remember (some fondly and some not so much) the Toy Building, which once sat at 200 Fifth Avenue. It had a handsome facade, 16 floors (really 17 but they didn't count the 13th) and a dated but functional interior. It, along with its partner building at 1107 Broadway, were home to a host of toy companies over the years.

Each year we returned in February to find that, although the world had changed, the building had not, so we felt cocooned in its false assurance. The world, of course, did change, and the toy building largely went out with the end of the 20th century.

Toys and the people who made, bought, and sold them were its soul. Now, 110 years later, the it still stands, but for those of us who knew it as the home of the U.S. toy industry, it's now just a building.