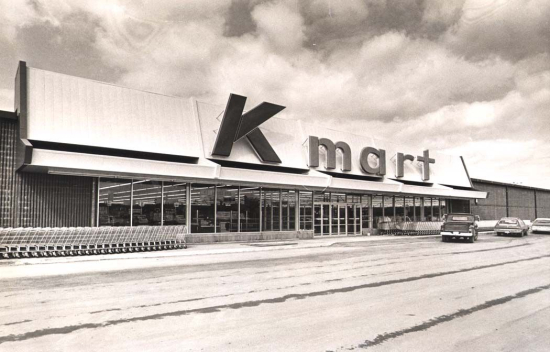 I can still recall entering the stores and being overwhelmed with the smell of salty popcorn and hotdogs. Once past the olfactory assault, it was on to bad lighting, unkempt displays and "Blue Light" specials."

"Ah, Kmart and Sears, why do you continue to haunt us with your unwanted and unsettling presence?" That was the thought that ran through my mind as I read a Wall Street Journal article by Suzanne Kapner: "Sears Owner Says It Will Close an Additional 96 Stores by February." Here is how Ms. Kapner puts it:

Following the closures, there will be just 182 Sears or Kmart stores in operation, down from 425 locations as of February. Just five years ago, the company still had nearly 2,000 locations. Both Sears and Kmart have been gutted by falling sales, as people shop online or at rivals like Walmart Inc.

It was never a good idea to combine the once venerable Sears with the ever-tacky Kmart. All financier Eddie Lampert was able to accomplish by joining the two companies was to gradually and persistently close their doors, one-by-one and in clusters.

You may wonder why I am writing about a relic like Kmart, but that is because you may be too young to remember the company when it was the largest retailer in America (yes bigger than Wal-Mart); despite the stores never being particularly attractive or even clean. I can still recall entering the stores and being overwhelmed with the smell of salty popcorn and hotdogs. Once past the olfactory assault, it was on to bad lighting, unkempt displays and "Blue Light" specials."

Kmart was successful at the time because the competition was just as incompetent. Most discount stores seemed to think of their customers as having no aesthetic sense, no desire for organization, neatness, or even cleanliness. Consumers would, they believed, put up with anything in return for a lower price. And then along came Wal-Mart and retailers like Zayre, Jamesway, Ames, Murphy Mart, Bradlees, Caldor and more began dropping like flies. 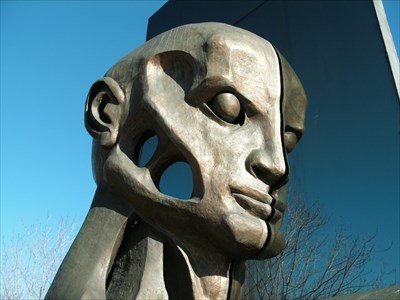 Those of us who did business with Kmart can recall a giant head statue that sat outside of the entrance to the company's headquarters. It was called "Corporate Head" and was a serious piece of art. It was a puzzling as it depicted a smaller head seated inside and looking in the opposite direction. It seemed an odd choice at the time but somehow a metaphorically honest depiction of Kmart's corporate culture.

Like some ancient, ruined structure, Kmart remains as the last ember of a now, mostly forgotten, mid-20th century retail culture.