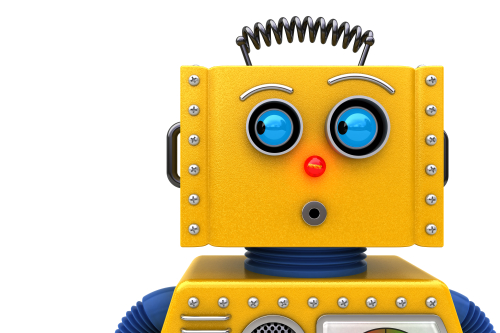 "What a robot says and what tone of voice it uses can determine whether the user will find it engaging or boring, intimidating, or encouraging…"

Maja Matarić, "How to Build Robots People Can Relate To", Wall Street Journal

Robots, from vacuum cleaners to factory robots, have become an ever growing aspect of our home and work lives. The mayor of New York, obviously running for President, recently suggested a "Robot Tax."

When it comes to robots, the toy industry has been way ahead of everyone else. The first toy robot, "Robert the Robot," was developed in Japan in 1954, 65 years ago.

We have certainly come a long way since that time, with robots taking up shelf space in toy departments and stores. Yet, there is still a lot to learn about how to make robots that reward play with more than cool sounds or life-like movements.

So, how do we make better robots? There is a fascinating article on that subject by Wall Street Journal writer, Maja Matarić, entitled "How to Build Robots People Can Relate To." Although it was about "real" robots, it occurred to me that the principals laid out in the article apply equally as well to the toy versions.

Ms. Matarić offers this key learning: "What a robot says and what tone of voice it uses can determine whether the user will find it engaging or boring, intimidating or encouraging. Similarly, whether the robot uses gestures, which ones, and how often makes a difference in whether the user perceives it as lifelike, believable, competent, and safe."

The article goes on to make these key points:

It seems that a perfect robot can be off-putting. Studies found that when robots have a problem and owned it, users were empathic and in some cases, acknowledged their imperfections. The challenge is to determine what the right level of imperfection is.

Predictable robots are boring. Robots that occasionally do or say something out of the norm are charming. At least that is what the studies tell us.

Robots that look too human often disappoint because……they are not. People seem to find the gap between promise and performance to be disconcerting. So, don't try to make the robot look or sound exactly like a human being but create a look, though not human, that is endearing and engaging.

Bottom line, build a better robot and the world will beat a path to your door.