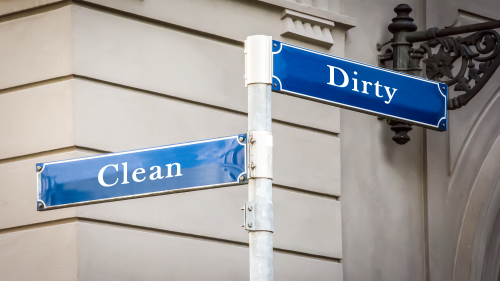 "Slovenliness is no part of religion. Cleanliness is indeed next to Godliness."

You can credit John Wesley with the above quote, but the sanctity of cleanliness is as old as Babylon and the Hebrew bible. Many retailers somehow missed that quote. And according to a recent survey, that was a mistake.

Chain Store Age writer, Dan Berthiaume, has written an excellent article entitled: "These factors spur in-store spending," Mr. Bethiaume reports on a 1000 person survey which was conducted by Cloud Cover Music to determine what were the most critical factors in encouraging consumers to make a purchase. The number one answer (92% of respondents) was "…a clean, organized store environment."

It seems obvious. I mean, who wants to shop in a store that is messy or dirty. Yet, it looks like many retailers, (KMart are you listening), never figured that out. Or, if they did, they did not know how to make it happen.

Why are some stores lacking in cleanliness? There are several reasons. The company's founder may not have cared, and now the culture doesn't support it, no matter how hard management tries. The store's infrastructure may be old, and keeping it looking good may seem hopeless. The company may not budget the capital to put into fixing up the stores or maintaining them. Or, maybe, simply a lack of morale. Whatever the reasons, it seems that when retailers get into trouble, maintaining the stores is one of the first things to go. It should be the last.

In an age in which going to the store is no longer a necessity, smart retailers are going to place cleanliness at the top of the list. Or, they may not be around much longer.