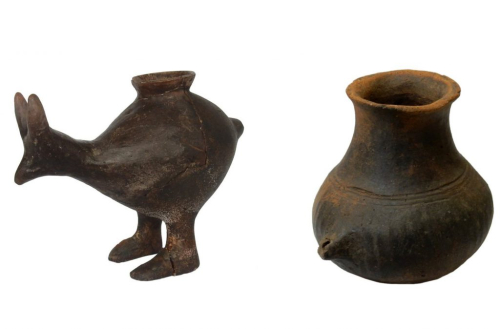 Six thousand years ago, parents were feeding their infants with pottery baby bottles or sippy cups. The "bottles"  had small spouts from which the children could suck the milk. That's according to an article in ScienceNews by Bruce Bower." 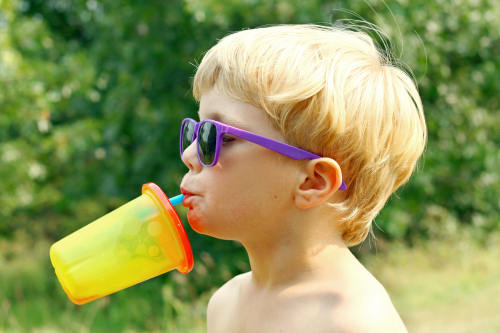 Entitled, "Baby bottles may go back millennia in Europe," the article reveals that archaeologists have been finding the vessels for some time but were unsure of their function until they noticed that they typically were found in children's gravesites. A chemical analysis revealed that ancient milk was embedded in the clay.

Beyond the functionality, I am fascinated by the whimsical nature of the shapes. The one on the above left is an animal of some sort (a rabbit?). I find it sweet that even then, adults were associating small children with cute animals. 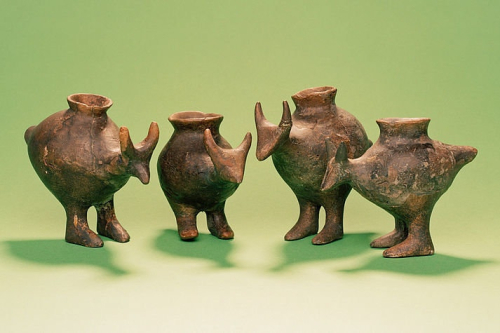 The pots pictured above seem to be more erect and may depict bison or oxen. They are so much alike that they almost look mass-produced.

Unfortunately, textiles can't survive 6,000 years, so we don't know if they were knitting baby booties or making teddy bears…but I bet they were. Fascinating.