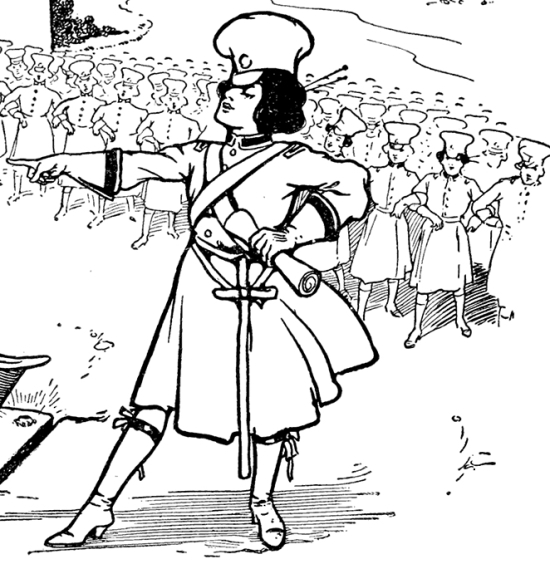 It was fun to see this week's announcement by BMC Toys that the company is going to create plastic molds for Little Green Army Women to add to their battalions of Little Green Army men. The decision came as the result of a letter that company owner, Jeff Imel, received from a little girl stating that her mother was in the army, so she did not understand why female versions of the classic toys were not available. Here is part of what she wrote: "[Can] you make army girls that look like women. I would play with them (every day) and my (friends) would, (too)!” 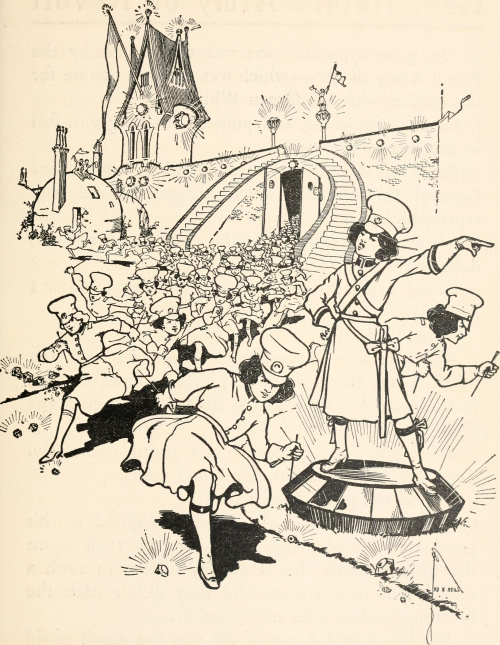 As I read about the new women figures, I thought back to my childhood and a book that contained an all-female army, The Marvelous Land of Oz, which told the story of General Jinjur and her army of rebellion. The book, written by L. Frank Baum, was published in 1904. It was a follow up to Baum's classic work, Wonderful Wizard of Oz.

Interestingly, Baum's mother in law was Matilda Joslyn Gage, a prominent figure in the women's suffrage movement.  Baum and Gage were close so, though Jinjur and her army were a satiric look at the more militant women seeking the ballot, it was gentle humor.

As a child, I can remember being fascinated by the look of an army of women who appeared both very feminine and very dangerous. They were effective too. Jinjur overthrew the Scarecrow, at that time the King of Oz, and, for a time, successfully held the throne. One of her mandates was that men do domestic tasks rather than women. General Jinjur finally lost her grip on power after Glinda the Good led her own all-female army and chased her off the throne.

So, it has taken a long time, but we finally have female soldiers……..even toy ones. Good job, Mr. Imel.