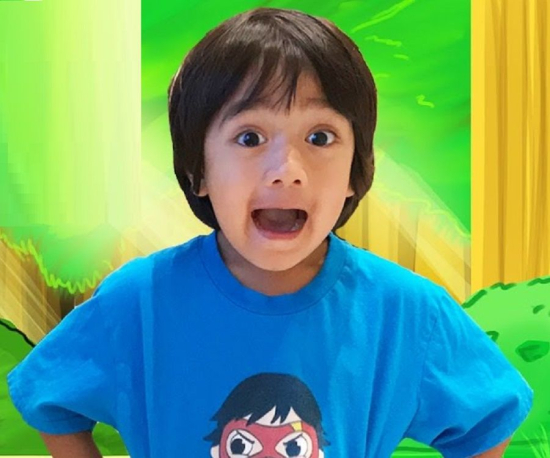 Cute and precocious Ryan Kadji has, along with his parents, created a business empire that would not have been possible in the 20th century.  Using Youtube as its platform, his show Ryan ToysReview, has amassed an audience of 21 million subscribers and 30 billion views. Those who visit the website come to see Ryan, a very charismatic little boy, eagerly (and that is an understatement) play with the latest toys.

As a result of the show's popularity, Ryan and his parents, Shion and Loan Kaji, have raked in millions of dollars, some of it from undisclosed sponsorships. And that is where the trouble starts. Here is how The New York Times puts it in an article by Tiffany Hsu, "Popular YouTube Review Channel Accused of Blurring Lines for Ads":

Can young viewers tell the difference between advertisements and product reviews on the popular YouTube channel Ryan ToysReview? The watchdog group Truth in Advertising says no. On Wednesday, it filed a complaint with the Federal Trade Commission, accusing the channel’s administrators of deceiving children through “sponsored videos that often have the look and feel of organic content.”

The focus of that complaint is Ryans ToyReview.

YouTube is already in trouble with the FTC having had to pay a $170 million fine for allegedly violating the Children's Online Privacy Protection Rule ("COPPA"). It seems that in violation of the regulations, YouTube was collecting data which allowed the company to run targeted ads to children.

When watching the Ryans ToyReview videos, it is hard to miss the subtle and not so subtle promotion of brands and products. In one particular video about going back to school, there were over-sized, branded markers and crayons conspicuously displayed while Ryan drove a ride-on car through an obstacle course. It's hard to know whether the passive advertising was aimed at parents or children or both.

And that may not make a difference. As the New York Times puts it: "Nearly 90 percent of the Ryan ToysReview videos have included at least one paid product recommendation aimed at preschoolers, a group too young to distinguish between a commercial and a review…"

Bottom line, it appears that YouTube, Ryan, and many of the channels biggest kid stars like JoJo Siwa and Jake Paul are going to have to throttle back on the advertising side of the business.