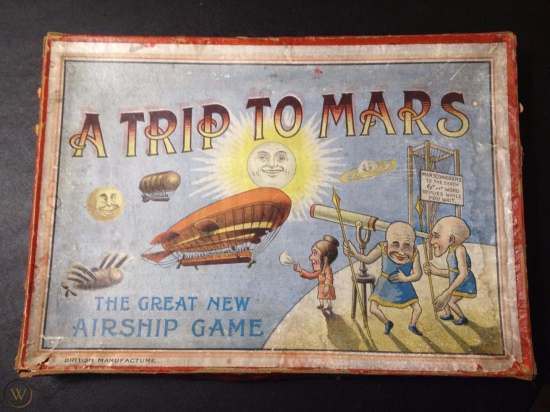 As I review vintage board games from the late 19th and early 20th century, I am struck by how many of them celebrate the latest advances in technology.  Many of these games, whether about airplanes or telephones, seem quaint but at the time they were as modern as today's conversations about a colony on Mars.

Speaking of a colony on Mars, the above-board game box depicts some very friendly Martians, a happy sun and moon, and some very cool space ships. Mars was a hot topic at the time (very early 20th century) with lots of speculation about the canals on Mars and with serious scientists like Percival Lowell (Lowell Observatory) speculating about an ancient Martian civilization. 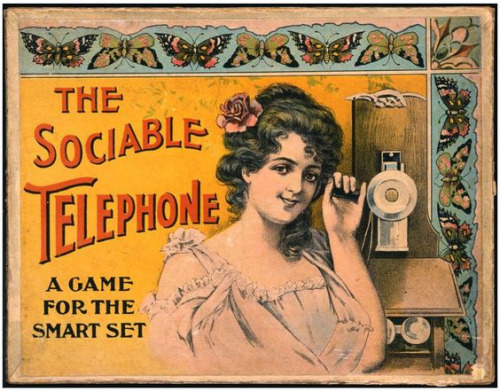 The Sociable Telephone game was published in 1902 by J. Ottmann. The telephone had been invented 25 years before so the young lady is engaging in what would have been social networking in the first years of the 20th century. 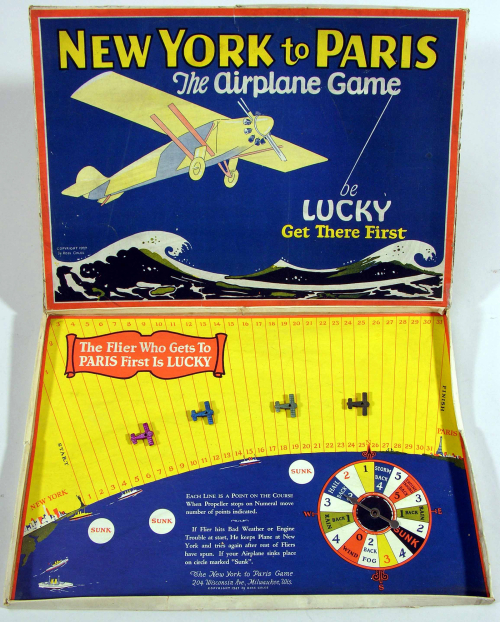 Lindbergh's flight across the Atlantic was big news, so it was natural that someone was going to publish a game about the journey. I wonder if Lucky Lindy received any royalties.

The above pictured Polaris game was published in the early 1920s by the Chas. S. Muir Company. Its subject was a million-mile airplane race in outer space. It's interesting how, at that time, the creator could not envision a closed cabin much less the need for space travelers to breathe.