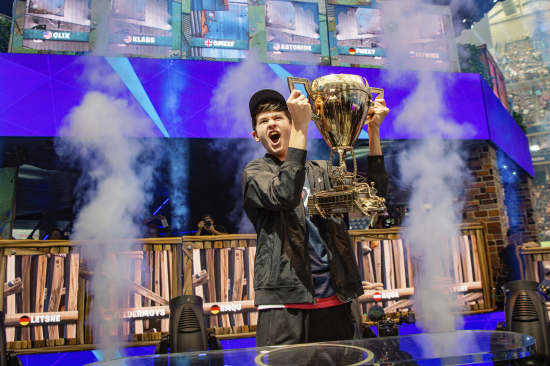 A sixteen-year-old boy from Pennsylvania, Kyle Giersdorf, ultimately beat out 40 million other people playing Fortnite to win $3 million. It may seem crazy, but it is the new normal.

Esports is big business, and it is here to stay. Consider this quote by Nikki Navta in her EDWEEK article, "Understanding the Rising Phenomenon of Esports and Its Embrace by Schools":

Numerous esports stadiums already exist, and more are popping up all the time, including the most recent announcement that a new $50 million complex will be opening in Philadelphia early in 2021. At the college level, over 150 colleges and universities are members of the National Association of Collegiate Esports (NACE) and offer officially recognized varsity esports programs. These schools have coaches and offer partial or full-ride athletic scholarships.

But, what about plain old board games. How come they don't get this kind of love?

Well, they do get some love but just not as much. The most recent champion in Poker won $10 million, the Chess champion garnered $1 million, while the Scrabble winner walked away with…….. $7500. Is that it? Scrabble, one of the most beautiful games ever invented, pays out only four figures. That does not seem right.

Yes, younger players love esports. That, however, does not mean that there should be such a huge disparity between a tabletop game like Scrabble and a digital game like Fortnite.

Perhaps those who sponsor board game championships, and there is a surprising number (Checkers, Backgammon, Monopoly and Settlers of Catan, to name a few) are thinking too old school. After all, esports has shown analog gaming what to do: Employ streaming video, social networking, and lots of money.

I would love to see Mattel, Hasbro, and other game companies step up and take board games to the next level of excitement. We would all benefit. What do you think?