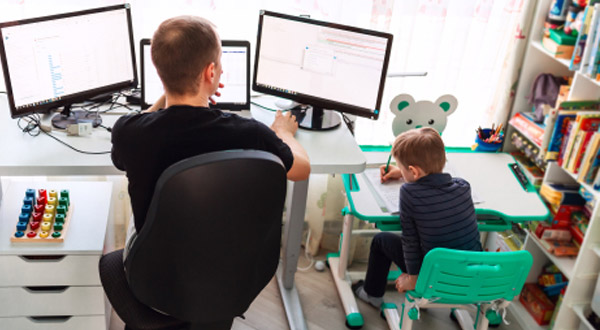 “Nearly half the U.S. workforce might now be remote workers.”

When future historians write the story of the Coronavirus and the resulting quarantines, I predict (hope) they will write that we did not experience as severe an economic downturn as some predicted.

If you listen to and read enough commentary, you will find those who are concerned about the future and are warning that we are about to experience the worst recession since the Great Depression. I disagree. The Great Depression was then and this is now.

In the 21st century, that is no longer the case. Never in history has an economy been able to function at this level with employees not coming to a place of business. Why, because of the Internet.

Consider this article by Forbes writer Richard Eisenberg: “Is Working From Home The Future Of Work?” Mr. Eisenberg reports on an MIT survey of workers that was released on April 6. He writes:

An early-April 2020 MIT survey of 25,000 American workers found that 34% of those who’d been employed four weeks earlier said they’re currently working from home. Combined with the roughly 15% who said they’d been working from home pre-COVID-19, that means nearly half the U.S. workforce might now be remote workers.

I am in no way minimizing the impact on those who have lost their jobs. The Coronavirus has created a mini-depression in many households. What I am saying, however, is that things could be much worse. Many more businesses would have shut down and many more people would have been unemployed if it were not for our modern communication systems.

Let’s hope that our 21st-century economy, based upon both a physical and virtual workplace, will mitigate the number of jobs lost, that it will deflect the impact on GDP, and that the ensuing economic downturn will be shorter than expected. Whatever happens next, it would have been worse had there been no Internet.