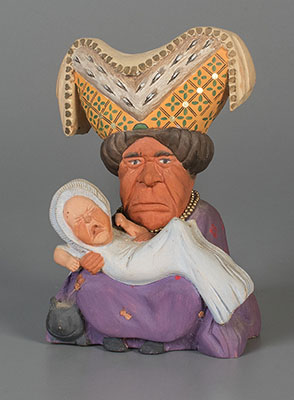 Working at The Strong museum sometimes involves surprises—of the good kind. That was the case when I received an inquiry about the potential donation of a set of hand-carved Alice in Wonderland figures. “Please tell me more,” I responded. What I discovered proved to be a fascinating story of a creative individual who pursued play in numerous dimensions of his life—something ideal for the collection of the National Museum of Play. 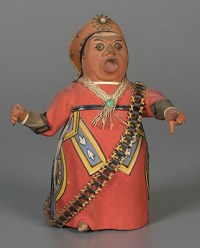 Michael Cubitt (1899–1989) worked as a photo engraver at Eastman Kodak in Rochester, New York, from the 1930s to his retirement in 1965, but in his spare time he enjoyed other musical and artistic endeavors, including singing in a barbershop quartet, playing the organ, playing the violin, painting murals, taking photographs, and carving wooden figures. Cubitt combined those last two hobbies—photography and wood carving—in a special project in the 1940s. To produce a multimedia slide show of Lewis Carroll’s Alice’s Adventures in Wonderland, Cubitt carved key characters from the book, following the famous illustrations of the story by John Tenniel. He then photographed the figures in detailed miniature settings and took photos of his daughter Sylvia dressed as Alice. Through the magic of double exposure, he combined projected images of Sylvia over the sets. His technical and artistic achievement earned the attention of Popular Mechanics magazine, which featured Cubitt and his project in a three-page spread in its October 1949 issue. 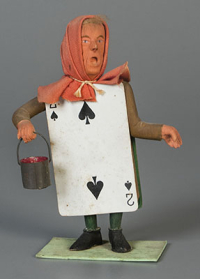 Examining Cubitt’s figures from the famous story reveals his skill at taking black-and-white images from the pages of a book and transforming them into accurate and persuasive evocations of the characters, from Old Father William to the Mad Hatter, the Cheshire Cat to the Jabberwock, and the Duchess and Red Queen in all their imperious absurdity. Stop-motion photography brought the figures to life on the screen back in the 1940s but, even more than 60 years later, the characters exude life and remain among by favorite acquisitions from 2019.