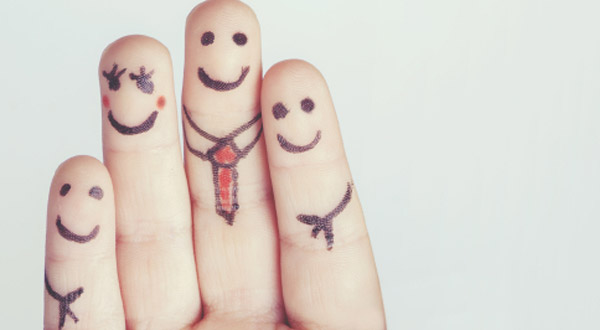 There is a brilliant article in the March 2020 Atlantic by David Brooks entitled, "The Nuclear Family Was a Mistake." Mr. Brooks makes the case that the nuclear family, a recent concept, has come under immense stress resulting in stressed-out families, broken parents, and damaged children.

The nuclear family, as we have come to know it, consists of two parents and 1.93 children (the American average). Brooks tells us that people used to live in clans and tribes. In those arrangements, the family consisted of grandparents, uncles, aunts, cousins, and even friends. These expansive family units were highly nurturing but restrictive for the individual. The larger group demanded conformity and those who did not conform could be forced out.

When I think of clans and tribal families, I think of the Smurfs. That may surprise you, but the Smurfs lived a very restricted life. If you will recall, Smurfs were to stay within the skill sets with which they were born. There is a quote from Chris Sims in his Looper article: "Things only adults notice in Smurfs:"

While you might not have recognized it when you were watching back then, the Smurfs apparently live in a society where each person's role, and even their name, is defined by what they have the best proficiency with. They all collaborate with each other for the benefit of the whole group.

Later we moved to vertically extended family units in which the grandparents lived with their children and grandchildren. This way of life was more like the Waltons than the Smurfs. These systems were excellent at providing support, both emotional and practical, but again were restrictive for the individual member.

The 1950s saw the rise of the nuclear family unit that we know today. Though lacking in emotional and functional support from a larger group, these smaller family units are immensely liberating for the individual.  There are far fewer demands for conformity, and members get to choose their path in life.

As we moved into the 1970s, the nuclear family ceased to be as effective.  As both parents began to have jobs, we found that there was not sufficient time, emotion, energy, and, in some cases, will to accomplish all that was needed. It is difficult for a nuclear family to remain stable when its members face so much demand and have so little support.

Interestingly, Brooks notes that more affluent families can hire people to provide help in child-rearing, cooking, etc. that grandparents or other family members once offered. It is, therefore, the less advantaged who bear the strain of trying to maintain this modern family unit.

Here is how Brooks puts it:

We’ve made life freer for individuals and more unstable for families. We’ve made life better for adults but worse for children. We’ve moved from big, interconnected, and extended families, which helped protect the most vulnerable people in society from the shocks of life, to smaller, detached nuclear families (a married couple and their children), which give the most privileged people in society room to maximize their talents and expand their options. The shift from bigger and interconnected extended families to smaller and detached nuclear families ultimately led to a familial system that liberates the rich and ravages the working-class and the poor.

Brooks notes that we are seeing a return to more extensive, mutually supportive groups as children in their 30's continue to stay at home, and grandparents move in with their children. He also points out that there are more shared housing arrangements in which everyone pitches in to take care of each other's families.

As I read this, I thought of the Savvy Auntie, Melanie Notkin, and her work to help childless aunts be a respected and embraced member of the larger family unit.  There is a lot of good that can happen for society in moving beyond the nuclear family and toward a way of life that supports men and women as they work to provide stable homes and fulfilling lives.

Those of us who market to families and children must keep an eye on the notion of what constitutes a family. Perhaps we are not spreading a broad enough net as we create and sell toys to a family unit that is broader and more complex than we have experienced in our lifetimes.