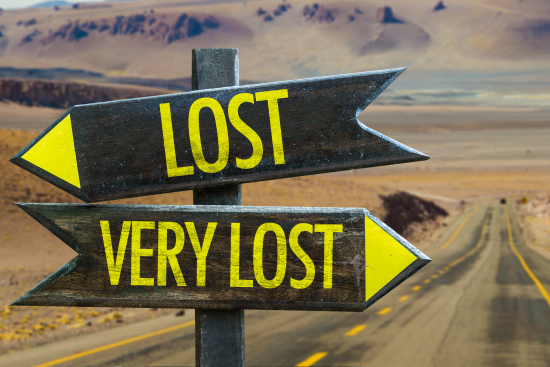 Have you ever been into a retail store that was full of twists and turns, mixed up merchandise, a little messy but a surprise around every corner? Sometimes they feel a little scary as you are not quite sure how to get out. Aisles double back or end, shelves are so high that the entrance and exit are out of visible range. Sometimes they are fun and sometimes they are creepy.

I suppose, when it comes to shopping, there is both functional funky and dysfunctional funky. Consider GameStop, a retail outlet that has long attracted gamers. It. has a bit of the eclectic personality of a comic book store but with video games, superhero statues, and related tchotchkes.

GameStop is not doing so well. Sales have been off. Management blames the lack of new video game console releases as well as the rise of downloadable games.  Ben Kuchera of Polygon will have none of that. The title of his article says it all: "Shopping at GameStop is miserable." Here is how he puts it:

Walking into a GameStop feels like stepping into a flea market managed by employees who have already given up. The games are often heavily stickered, and many are missing the official cover on the case. Random assortments of toys and overpriced collectibles spill out over displays, with little rhyme or reason about where things are.

GameStop has had several bad quarters and has announced to close around 200 stores. Things are not good at GameStop.

And then there is Flying Tiger. Flying Tiger is a Danish retail chain with roughly 1,000 stores. They are some stores in the U.S., but they are limited to Boston and New York City. They feature inexpensive, unique products in a fun environment.

Flying Tiger is, however, a bit of a maze. A shopper comes to the end of an aisle; turns the corner, only to find that she is heading into a bit of a horseshoe or a roundabout. There is a subtle sense of anxiety in not being able to detect a straight line out the door, but the bright colors, the playful ambiance, and friendly workers tamp it down and turn the visit into an adventure. Flying Tiger is doing very well.

Here is what I think: Those shoppers who are not on a mission to find a specific item (they shop on the Internet anyway) enjoy getting a little lost in a store while shopping. They love the feeling that just around the corner (hence the need for more left turns) is a surprise; like a bazaar, with a hint of the mysterious, and a belief that there is a treasure to be found.

What they don't want is the sense that they have to dig through dirt and dust; that they are trapped, that the experience feels shabby. Yes, consumers want a surprise, but they want it to be a good one.

Perhaps those who engage in specialty bricks and mortar retailing need to let the drug stores, the supermarkets, and the mass merchandisers worry about getting people in and out as fast as possible. Instead, give customers a chance to experience the joy of the hunt that comes with getting a little lost.