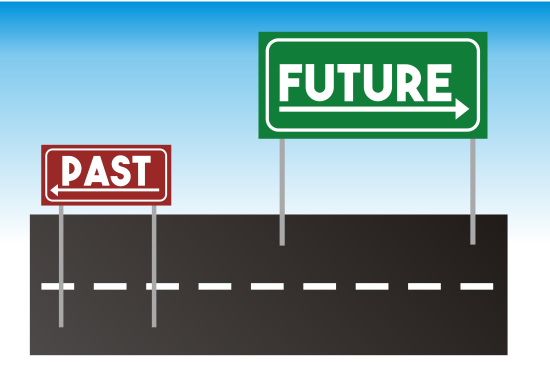 A giant supermarket and discount store rolled into one, and spread across five acres of this Dallas suburb, offers a vision of how millions of Americans may shop in the next decade….With cartons of merchandise towering 22 feet high and 70,000 products ranging from televisions to grapefruit to tulip bulbs, the hypermarket here, called Hypermart USA, could easily be intimidating.

The supercenters are sprawling stores of around 180,000 square feet offering 100,000 products, bathed under LED lights. Groceries, clothes, camping gear and televisions are for sale; customers can also fill medical prescriptions, transfer money or get their hair done. They’re often open 24 hours and are community gathering spots, becoming backdrops for videos of teenage pranks that pop up on YouTube, or a place for senior citizens to take a walk in cold weather.

Wal-Mart is betting on bricks and mortar as the key to its future. The company has no intention of becoming another Amazon or downsizing stores. That is according to Wall Street Journal writer, Sarah Nassauer, in her article: "Wal-Mart's Secret Weapon to Fight Off Amazon: The Internet." According to Ms. Nassauer, Wal-Mart CEO Doug McMillan, "…told executives its supercenters could be the heart of a web of businesses all working together to attract shoppers and drive profits."

Supercenters are not a new thing. The concept dates back to the 1980s when Wal-Mart opened its Hypermart USA stores in four American cities: Topeka Ks, Kansas City, MO, Garland, TX, and Arlington, TX. The largest of the four stores, Kansas City, was a whopping 256,637 square feet. Each of the stores needed to exceed revenues of 100 million dollars in 1988 dollars ($214 million in 2020 money) to succeed.

I recall visiting the Topeka store and watching Wal-Mart staff using roller skates to cover the sales floor. When I left, I had two impressions. One that the store was too big for personnel to adequately cover the floor and provide customer service.

I also thought about the type of skill sets required to manage a store of that physical size, not to mention that needed that kind of revenue. Any "store" that generates $100 million needs a CEO, not a manager.

As it turned out, the scale was just too big. Wal-Mart eventually dropped the Hypermart concept and moved to what we know today as the supercenter; scaled-down versions (180,000 square feet).

As you can see from the two quotes at the top of this article, one from 2019 and one from 1988, the new Wal-Mart vision feels like "back to the future."

Well, not exactly. The supercenter of the 2020s is a far bolder concept than the one of the 1980s. Wal-Mart now has three decades of working with supercenters and sophistication in working with new technology. Here is how Ms. Nassauer describes it:

Walmart plans to build “edge computing” capacity, in which data is processed physically close to where it is being collected, a faster system than sending data to the cloud. That system, spread out among retail locations, could be rented out amid new demand by autonomous vehicles and other systems.

Added warehouse and shipping capacity could be sold to third-party sellers, to allow more companies to easily sell their wares on Walmart.com. Customers would have a bigger product selection, and Walmart could collect fees for processing and shipping.

I have to hand it to Wal-Mart for truly rethinking the function of a bricks and mortar store, primarily in what it will sell in the form of 21st-century services. Still, big, physical formats in a world of falling birthrates and stay at home consumers are going to be hardpressed to draw the required number of shoppers.

2020 is not 1988, but a bricks and mortar store still needs to generate enough revenue to cover its overhead. I think this is a concept that is going to bear watching.