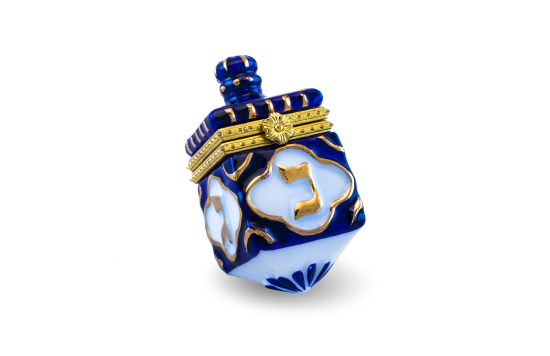 "No Gelt, No Glory," Eric Pavony, the Knishoner of Major League Dreidel

You may or may not be familiar with Dreidel, a gambling game played during the holiday of Hannukah. It involves a four-sided spinning top, each side bearing a different Hebrew letter. Depending upon which of the four sides turns up when the Dreidel finally falls over, the spinner either has to put in money (or peanuts or M&M's, or whatever is handy), take out money, take half or do nothing. If Beyblades had its DNA done, it would find that it is a direct descendent of the Dreidel.

Unlike Beyblades, however, It is, without a doubt, one of the most boring games ever invented, and I can personally attest that  Jewish children, every year, question why the game even exits. The reason why, however, depends upon which Rabbi or scholar you read. From a historical perspective, It represents the victory of the Jewish Maccabean forces over the Greeks in 165 BC. The letters on the side, (nun), ג (gimel), ה (hei), ש (shin), are also said to have different meanings, again depending upon which Rabbi or sage you read.

There is debate as to when the Dreidel became part of the Hannukah ritual. It appears that people first played with spinning tops during ancient Greek times so it is possible that Jews first began playing with them in the second century BC. The Greeks also brought spinning tops to Europe where they became popular so it is also possible that Jews picked the game up much later.

Whatever the background story, it is still a boring game. Now, however, thanks to a gentleman named Eric Pavony, we have Major League Dreidel and a game called Spinagogue. Mr. Pavony is the “Knishioner” (a Knish is a Jewish finger food) . There are new rules and a tabletop arena. The motto is "No gelt no glory" (gelt is Yiddish for money).

If you would like to know more about Hannuakh or Dreidel, check out this interesting article, "Gyration Nation: The Weird Ancient History of the Dreidel."