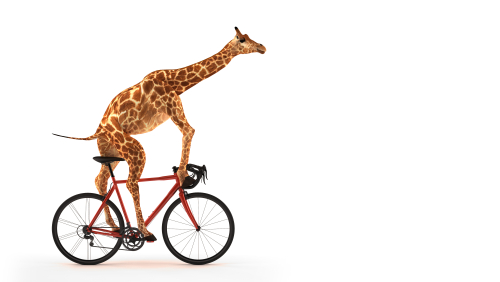 Are you having difficulty figuring out what is happening in the toy industry or in the world for that matter? Be comfortable in knowing that you are not alone. When you think about it, it is really not surprising that people feel disoriented. Everything seems to have changed and changed suddenly.

Let's take a moment and look at some of the unpredictable and unprecedented variables that belie the notion of what has been here-to-fore "business as normal" for the toy industry.

There are very few if any, people actively working in the toy industry that can remember a time when going to Hong Kong was not a cornerstone of the toy industry. Visiting Hong Kong in January was as predictable as the seasons of the year.

Now we find that placid and predictable Hong Kong appears to be going off the rails. Some are questioning whether they will make their annual pilgrimage. Will Hong Kong be peaceful in January, will toy people be scared off? At this point, we simply do not know.

Yes, Toys R Us was bankrupt last year, but its ghost was still with us. The retailer sold off tons of toys at highly discounted prices. We are not sure what impact that had on over-all sales in 2018. This year, there is no Toys R Us, and there is no ghost. Like Hong Kong, there are no active members of the toy industry who can recall a time without Toys R Us. What will happen this year now that all vestiges of the retailer are gone? Again, we simply do not know.

Who among us can recall a time when there were tariffs on toys? The threat of a tariff is, therefore, unprecedented. The date for the implementation of tariffs on toys is coming up on December 15. Will there be a deal in place between China and the U.S. in time to avoid it? It looks like a deal could happen, but it is still far from certain. What is going to happen? Again, we don't know.

News of retailers demanding domestic shipping rather than direct import are contradictory. For example, Hasbro and Spin Master report that their customers have been asking to shift their orders from direct import to domestic delivery.  On the other hand, JAKKS and Mattel are not experiencing the same phenomenon.  What is the future or even the present state of product shipments? Is it domestic, or is it direct import? We simply don't know.

We have, over the last half-century, experienced three impeachments, Richard Nixon, Bill Clinton and Donald Trump. They are a significant distraction and disruption to the public. People begin to question the very foundations of government, which causes them to be cautious in their spending. How is the impeachment process going to finish and how will consumers react? Again, we simply don't know.

Prime Day has become a real thing and as a result, shopping patterns are changing. Couple that with the move from bricks and mortar to digital shopping, and you have a shopping season that raises real questions about how the year is going to end up. Will Black Friday or Black Monday have the same impact as in past years? Will people buy later or earlier? Chain Store Ages headling says it all: "Expect ‘roller-coaster’ holiday shopping season, advises NPD."

Is this the new normal? Well, at this point, we really don't know.