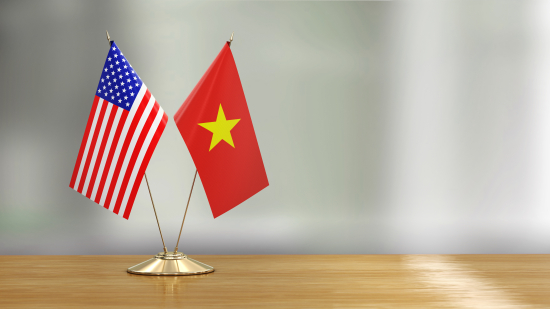 In September of this year, Chris Byrne and I interviewed Jay Foreman, Basic Fun CEO, for our Playground Podcast. We talked about the threat of tariffs and the current administration's condemnation of China's trade practices. Jay noted that it was hard to leave China because there was no way to know where to go with production.  It was during this part of the conversation that Jay made a very compelling point: How does a toy company know where to move its production if it isn't sure what country will be the next one to feel the wrath of the Trump administration?

Jay's insight came to mind when I read a "Bloomberg Terms of Trade" piece, which I receive through an email subscription. The article points out that Vietnam has significantly benefited from the trade stand-off between the U.S. and China. As Bloomberg puts it: "Vietnam [is] now the seventh-largest goods exporter to the U.S. The country has vaulted over long-time European suppliers such as the U.K., Ireland and France after starting the year in the 12th position."

That's the good news for Vietnam. The bad news is that the Trump administration is, to paraphrase Jay, targeting them. Here is how Bloomberg puts it:

As exports surged, Vietnam’s trade surplus in goods with the U.S. swelled to $35.6 billion, up 38% from the same period in 2018, ranking just behind Germany. The Trump administration sees bilateral deficits like these as imbalances in need of a fairness check. So it’s no surprise what happened to Vietnam:

So, anyone who has moved production to Viet Nam may, at some unknown time in the future, be facing another tariff battle between that country and the U.S. In this current environment, the best thing to do may well be to stay put, wait and watch.