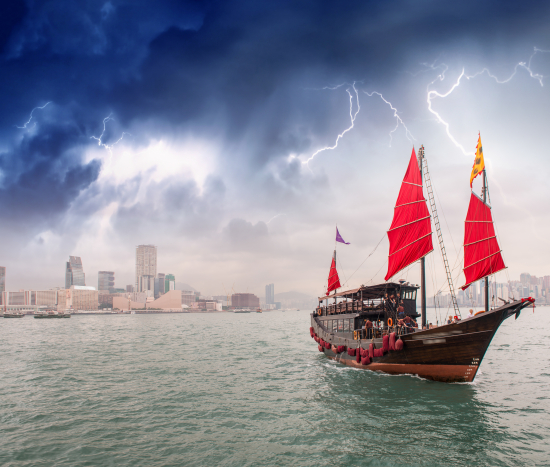 I read the anonymous email in your column

I thought you would be interested in my comments regarding HK

I spent last week ( October 19-26 ) in HK. At the HK Exhibition Centre there was the Mega Show. It features gifts, premiums, and toys. I was there on Sunday, October 20th, the first day of the show. I would say attendance was down 40%.

While I was at the Convention Centre on Sunday, Tsim Sha Tsui had 325,000 protesters. I think it’s fair to say the protest has moved to small scale riots. When I came back to my hotel on Nathan Rd, banks had been trashed, and even a Starbucks had its windows smashed.

The MTR entrances were all closed, and significant damage had been done to entrances and the rail system. The MTR shut down each night at 10 pm  Protesters had pulled up bricks from the sidewalks, and there were metal railings all over the streets to stop police vehicles.

When I went back to the convention centre on Monday and Tuesday, attendance was still way down. One exhibitor told me on Sunday; he closed his booth at 3 PM because he did not have one person walk into his booth. Most of the toy exhibitors were from Shantou, China -  but there were very few mainland buyers.

On Thursday, I went to the Canton Fair. There are two buildings with toy vendors. It was very busy; the place was jumping.

I asked a number of our HK manufacturers: "When will it end?" The answer I got was:  "We don’t know" or "Maybe by the end of the year."

The only good news for my trip was, you could go to any restaurant with no waiting and hotel rates were very low.