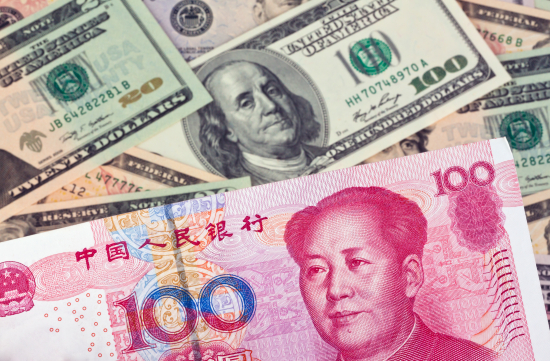 The Chinese people have a troubled history with western powers having dictated terms to them when they were weak. They now feel strong, and they have a long memory. As a consequence, expect the Chinese government to be highly resistant to any attempt to force them into accepting terms.

The Chinese government has decided to retaliate for last week's announcement of a 10% increase in the tariff on toys and other consumer products. A Bloomberg article, "China Takes On Trump by Weakening Yuan, Halting Crop Imports" states: "China responded to President Donald Trump’s tariff threat with another escalation of the trade war on Monday, letting the yuan tumble to the weakest level in more than a decade and asking state-owned companies to suspend imports of U.S. agricultural products."

Why did the Chinese government let the Yuan drop in value? It would seem that they are attempting to offset at least some of the promised tariff by reducing the value of their currency. That means that Chinese imports will be cheaper while American exports will be more expensive. That's terrible news for American farmers but good news for the toy industry as it means that the actual cost to manufacture in China will decline due to the increased value of the U.S. dollar relative to the Yuan.

Mr. Trump sees himself as a strong negotiator. He well may be, but the Chinese leadership knows what it is doing as well. What makes this a more challenging negotiation for the United States is that this is, at least for the Chinese, not just about economics…it's about respect.

The Chinese people have a troubled history with western powers having dictated terms to them when they were weak. They now feel strong and they have a long memory. As a consequence, expect them to be highly resistant to any attempt to force them into accepting terms they deem unfair.

And American consumers are not going to be happy either. Thet do not like high prices. Case in point is this headline from  Chain Store Age: "Shopkick survey: 44% of consumers plan to cut back on shopping due to tariffs,"

I think the Trump administration is going to be caught between a highly resistant Chinese government and an unhappy American people if the new tariffs go into effect on September 1. Therefore, I am holding on to my prediction that the tariffs will not take effect. Let me know your thoughts.