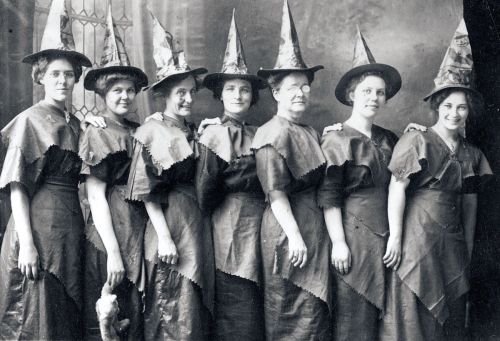 Halloween is just around the corner so I thought it was time to see how people used to dress up before commercially made costumes became so popular. The above group of women look like they belong to a book club for witches. It looks to me like it dates to the first or second decade of the 20th century. 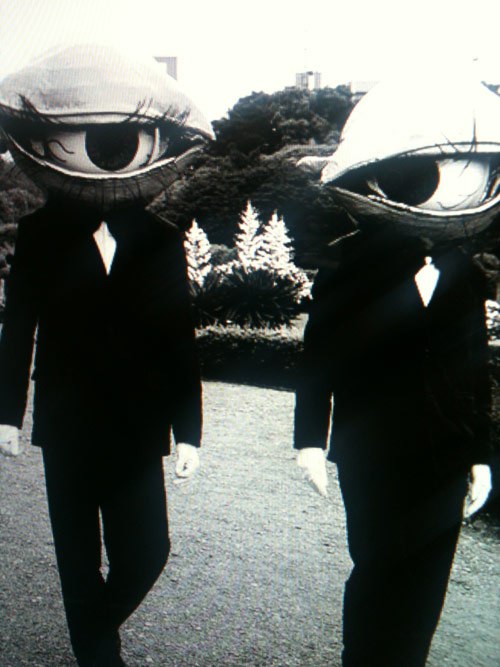 There is something Twilight Zoney about these giant eyes so I am guessing early 1960s. 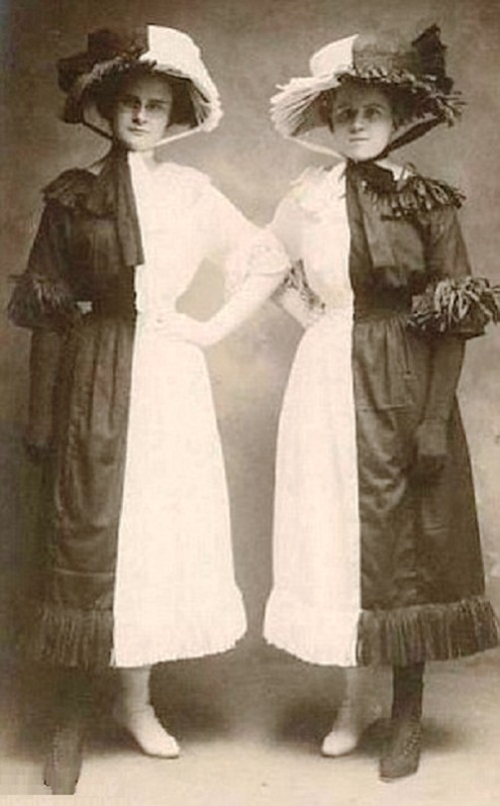 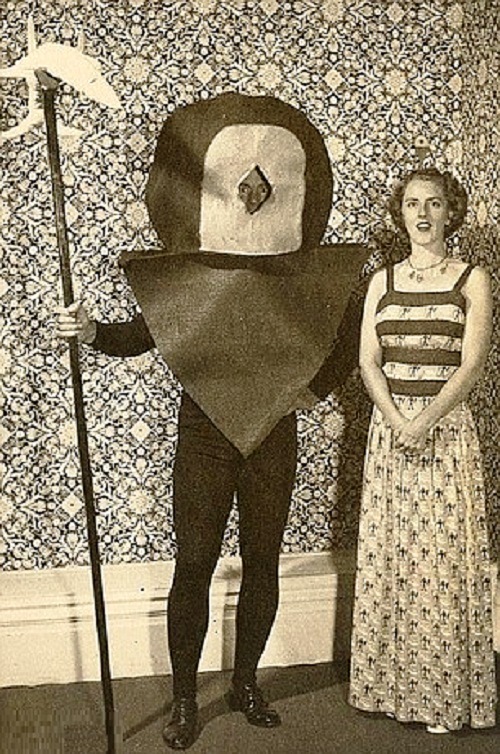 Between the wall paper, the dress and the guy whose dressed as a………..something. I don't know. I think the big question here is why does the girl in the cat mask have her hand over her heart and why does the boy in bunny mask look so despondent? Now THAT is a costume.