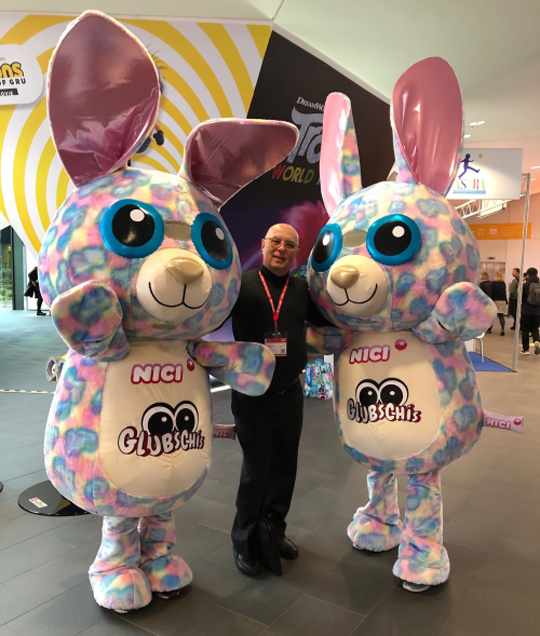 According to Ernst Kick, C.E.O of the Spielwarenmesse,  forty to sixty percent of the toys on display in any given year are new.

I have been coming to the Spielwarenmesse in Nuremberg for 25 years, and each year I forget just how great a trade show it is. It always seems fresh with new exhibit areas and sometimes whole new buildings. The exhibits and booths are beautifully crafted, and the mix of merchandise is mind-boggling (over 1 million unique toys on display). And it is vast. Each year, I come back with a memory of it being big, but the realization really sets in after I have walked 25 minutes to get from one appointment to another.

Unsurprisingly, the visitor count from Asia is down due to the Corona Virus. Though most feel unconcerned, a few are asking not to shake hands as they do not want to take the chance of getting sick. Also, due to the Coronavirus, some westerners chose not to come this year. You certainly cannot tell their absence that from walking the show. There are lots of people here, and the feeling on the floor is dynamic. In fact, Hall 12.2 is where the permanent showrooms are and it was in some places hard to walk down the hall.

From walking the show and listening to speakers, it is clear that nonpetroleum based materials are going to replace plastics sooner than later. I saw more wooden toys than in prior years.

I also saw various forms of blended materials. For example, they are making wood products from sawdust mixed with compounds to form play elements. Because the sawdust is coming from sawmills, there is no need to cut down trees.

According to Ernst Kick, C.E.O of the Spielwarenmesse,  forty to sixty percent of the toys on display in any given year are new. That is a significant statistic in an industry that craves new and different.

He also told me that 70% of the exhibitors here are from countries other than Germany, so this truly is an international show.

If you are a member of the toy industry, make sure you attend this event at least once during your career. It is a true experience.