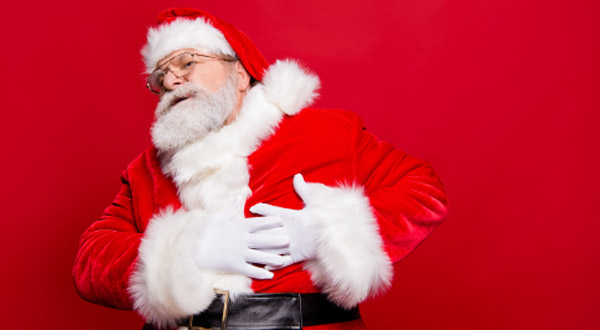 As I’ve been traveling and talking to toy companies over the past few weeks, it should surprise no one that tariffs, and the uncertainty of whatever is coming down the pike is causing a great deal of concern and throwing the back half of the year into a state of chaos. It is, as they like to say in spy thrillers, a fluid situation. Fluid, situations, however, are not good for business. Coming on the heels of last year’s TRU closing, the challenges faced by companies of all sizes are daunting.

I’ve heard a variety of responses, ranging from virtual certainty that the tariffs on finished goods are not going to be imposed to racing to get goods on the water ahead of schedule because, presumably, goods shipped before the final imposition of the tariff may be exempt.

The clock is ticking in other ways as well. While it may be simple to adjust prices online, big box retailers who publish Q4 circulars may have to go to press around the time the tariffs would be imposed. They’ll be locked in to pricing that they have publicized. Who, then, absorbs the tariff? Manufacturers say that they are in ongoing conversations with retailers about how to share this burden, but it is still that dreaded fluid situation.

The challenge, too, is for smaller companies who operate on slim margins. If they are suddenly forced to absorb as much as a 25 percent increase in costs, their profits will almost certainly be wiped out. Even for those who manage, it may mean drastic cuts, which can’t be good for the business.

There is a larger consideration that goes beyond the toy industry. Tariffs raise costs to consumers and reduce discretionary spending. If the weekly market basket is suddenly much more expensive, where is the money coming from to buy toys. All indications are that although the toy business is resistant to these changes—the holidays still come—it is not immune. Anecdotal evidence based on interviews with consumers already indicate that many consumers are already moving away from purchases of goods that would be “nice to have” and are, instead, focusing on goods they “need to have.” This has profound implications. Consumer spending currently accounts for 68 percent of the economy, and if the sizable portion of that, about 25 percent, that includes non-durable goods including toys declines, that’s a big hit overall and one with significant implications for the economy as a whole.

Tariffs have never been a good idea, or effective in the long run. Just look at the history of tariffs in the U.S. Ever since the income tax replaced tariffs as the means to fund the government, they been used protectively or punitively and have not benefitted the economy in the long run. Today, in a global economy and supply chain, free trade is far more beneficial, and particularly in the toy business. Moving production is a costly and unpredictable when tariffs are used as bludgeons for political gain, particularly considering that the threat of tariffs on Mexico are merely "suspended" for now.  There is no wholly U.S. toy industry to protect as there was after the two World Wars, and as a result, they do not promote buying U.S. toys over imported ones. Tariffs are a regressive tax that falls on U.S. consumers, adding cost but no value. Better is Hong Kong’s free port structure, established 27 years ago, that allows goods to flow more freely.

The real threat now, however, is as noted above, is that no one knows what’s going to happen, so planning can’t exist. Companies are forced to react, and that’s not going to be a win for anyone. One of the most interesting responses I’ve heard in the last few weeks has been the notion that tariffs won’t be imposed on toys because “no one wants to mess with Santa.” (Feel free to insert a more vulgar term than “mess.”) One can only hope, but to save Santa it will require being very active.

Richard has noted the 68 companies of the 600 that wrote to the President opposing the tariffs who are focused on toys, notably retailers Walmart and Target. The Toy Association continues to aggressively assert that tariffs are taxes. Indeed, if List 4 is adopted , it will be the largest single tax increase on U.S. consumers in more than 25 years. Join the fight with the Association here.

If Santa, and by extension the toy industry, is going to be saved, a lot more people are going to have to make a lot more noise.