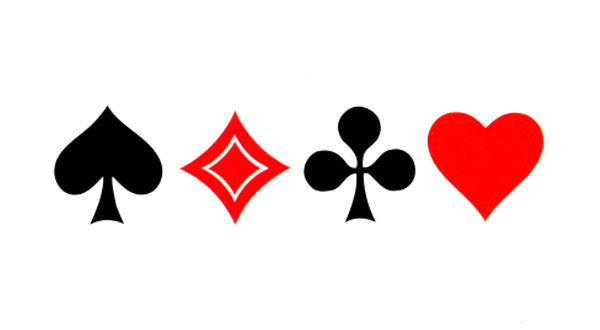 When I was growing up it seemed like people were constantly playing card games. Whether it was Contract Bridge, Pinochle or Spades, walk into a room and there would be a game going on.

But what about today? Do people still play these classic games? It appears not so much. Take Bridge for example. There is an interesting article in the Wall Street Journal this week by James R. Haggerty entitled: "America’s Aging Bridge Clubs Find Themselves Holding a Tough Hand".

It appears that Contract Bridge, once a mainstay, has become a far less popular game contested by far older players. According to Haggerty, "The American Contract Bridge League…has about 165,000 members, down from 175,000 in the late 1990s. The average age has risen to around 71 from 58 in the same period."

So what about Gin Rummy, Pinochle, Canasta, and Cribbage?

Because these games are played with a standard or modified standard decks of cards, it was not possible to get hard revenue figures. I could, however,  determine how frequently these games were mentioned in books over the decades by using the Google Books Ngram Viewer. It is an incredible database and algorithm that calculates the frequency of specific words appearing, by decade, in publications dating back to the year 1800.  By using the search application, I was able to get a sense of how embedded these games were in popular culture at a specific moment in time.

Here is what I learned about these four games:

Cribbage has been around since the mid-1600s when it was invented by the poet, gambler, and man about town, Sir John Suckling. According to Ngram numbers, Cribbage was quite the rage in 1901 and again in 1944.

The game of Pinochle dates back to the 10th century and was brought to the United States by German immigrants in the mid-1800s. The Germans settled heavily in the midwest so I am going to guess that it is more popular in that region than in other parts of America. Its popularity peaked in 1945 and again in 1958. It is now at its lowest point since 1965.

Gin Rummy was invented in 1909 by an American named Elwood T. Baker. It achieved peak popularity in 1947 and came back into vogue in the late 1980s but has since declined.

Canasta, which means Basket in Spanish, was invented in 1939 by two Uruguayans, Segundo Santos, and Alberto Serrato. Its popularity peaked in 1953 and is now at its lowest point since 1963. There are still avid players but its the least popular of the four games listed here.

It is interesting that the heyday of these games occurred during World War II and the 1950s. That deck of playing cards, carried by many a soldier, joined Coca-Cola and cigarettes as a means of feeling "normal" between battles. Soldiers who made it home brought those games with them where they continued the fellowship over a deck of cards at  American Legion halls, Elks Clubs, Moose Lodges and other fraternal organizations that were so popular at the time.

Card games like Exploding Kittens may rule today but I bet that these games, played with a simple, inexpensive deck of cards, will still be around for a very long time. In fact, maybe its time for a comeback.