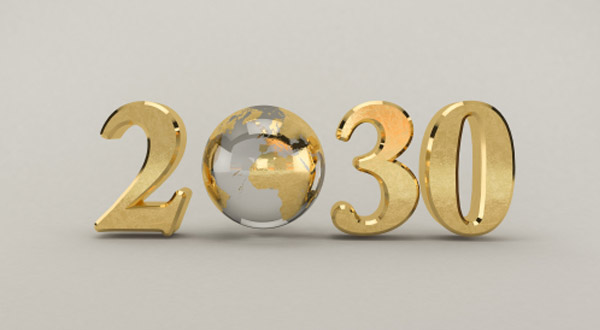 Over the course of my career, I have been fascinated by the generational changes in what consumers look like and how they purchase. The rebellious Baby Boomer generation, which grew up with unparalleled prosperity, was certainly a departure from the well behaved Greatest Generation that survived a Depression and fought the World War. Similarly, GenZ, which grew up during the great recession, is far more frugal than its Baby Boomer predecessors. In each case, we as an industry have had to adjust to a new set of children and their parents.

So, what's next? I found some clues in a report prepared by Jonathan Vespa, David M. Armstrong, and Lauren Medina entitled: "Demographic Turning Points for the United States: Population Projections for 2020 to 2060."

I didn't want to get too far out so I focused on the year 2030, a time when most of those reading this will still be creating, manufacturing, marketing and selling toys. I came away with four key findings:

1.    53.1% of children under 18 will be Hispanic, Black, Asian and other by 2030. That old notion of a blonde child on the cover of a game or puzzle is going to look downright quaint. Product developers and package designers are going to have to expand their horizons in how they speak to a population that is no longer majority white.

2.    The percentage of the population that is foreign-born will rise from the current 46.7% to 50.3% in 2030 and 60.2% by the year 2040. That means that the tastes of many American children are going to be more reflective of where their parents came from than where they are. This will force the toy industry to think not just out of the box but out of the country in what they create and how they market.

4.    The U.S. population, which has been growing on average by 2.3 million people per year for the last ten years, is going to decrease to 1.8 million per year starting in 2030. And that's the not so good news. Fewer children mean fewer consumers of children's toys. On the other hand, the growing number of great and great-great grandparents who indulge their offspring's offspring will hopefully make up the difference, at least in terms of dollars.

Ten years is not a very long time in the scheme of things so it might be wise to begin thinking now in terms of a changing world and how we are going to provide the toys it desires.