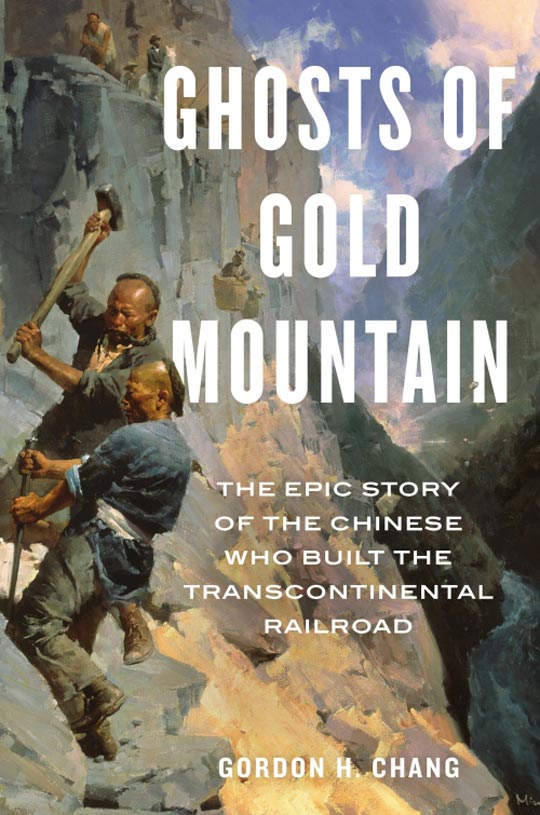 "Almost all of these railroad workers came from Guangdong Province in China, the global epicenter of toy manufacturing."

This week marks the 150th anniversary of the completion of the Transcontinental Railroad. As a result, I am currently enjoying a fascinating book by historian Gordon H. Chang, Ghosts of Gold Mountain.  It tells the story of the Chinese workers who built the western half of the Transcontinental Railroad, a feat, that shortened the distance from the Atlantic to the Pacific from months to a week and as a result, forever changed America.

Although both sections were laborious, the western half was the more daunting as the workers, 90% of whom were Chinese, had to pass over and tunnel through the solid rock of the steep Sierra Nevada Mountain range, sometimes reaching 7,000 feet in elevation. The Chinese laborers had come to the United States as part of the 1849 Gold Rush (they called it Gold Mountain) and, due to a shortage of labor in California at that time, they made up 90 percent of the those who built the western half.

Though the Central Pacific's owners were at first dubious about using Chinese laborers, they soon came to recognize that, as one of them put it, “Did they not build the Chinese wall, the biggest piece of masonry in the world?”

What fascinates me is that almost all of these railroad workers came from Guangdong Province in China, the home of the world's toy manufacturing. This is the area that encompasses Guangzhou, Shenzhen and all of the Pearl River Delta.

Many of the people who are building our toys today are descended from those same families who sent their sons to America. Chinese workers, as proven while building the railroad, and the Great Wall for that matter, are among the hardest working, most disciplined workers in the world.

It is important to remember that the reason toy manufacturing moved to China and stayed there, even after wages went up, was not due to what was then cheap labor but a work ethic that is unparalleled. It should, therefore, come as no surprise that there is a strong connection between America and Guangdong Province. We were familiar with their workers long before the first factory ventured back into China in the 1970s.

At times like these, when the Chinese and American governments are at odds over tariffs, it is important for all of us to remember this long relationship we in American have with the workers from Guangdong province. We are old friends and aquaintances.