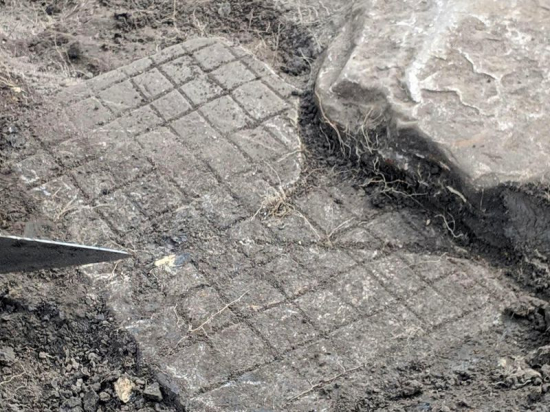 Smithsonian.com has an interesting article on the recent discovery of a gameboard while excavating Hadrian's Wall. Hadrian's wall was ordered constructed and named for Emperor Hadrian in 122 AD. It straddled what was then a "barbarian" England and was constructed in order to keep troublesome British tribes from reaching Roman settlements. One of the towns they were protecting was Londinium, the city eventually called London. 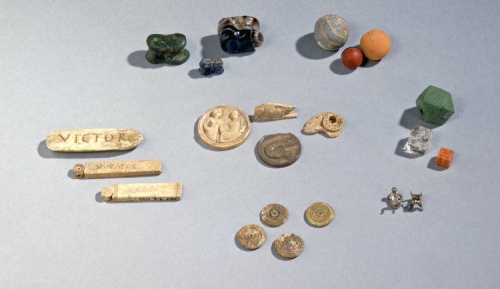 According to the article, the game board was used in playing Ludus Latrunculorum, which means "The Game of Mercenaries". No one is quite sure how the game was played but it seems to have fallen somewhere between checkers, Go and chess.

Game pieces were not found with the game but have been found elsewhere in the excavations (see above). Game boards pop up regularly in archaeological digs, which shows what people did when passing time before the advent of books, television, and, alas, the Internet.