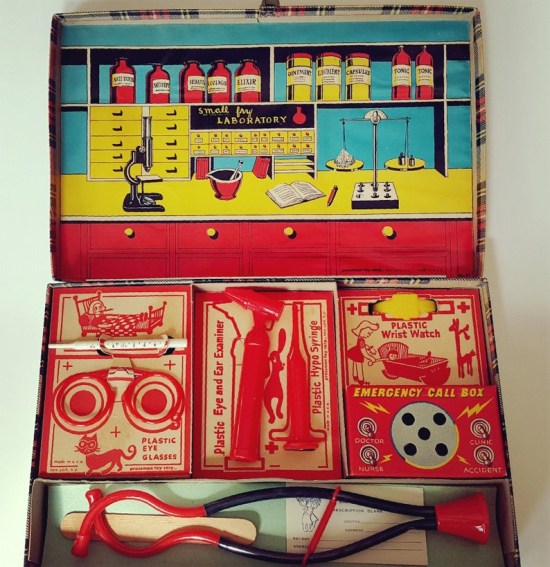 My grandson recently turned three and while attending his birthday party I watched him playing with a toy doctor kit. He was happily (perhaps a little too happily) walking around the room giving everyone shots with a plastic hypodermic needle. The moment brought back memories of my childhood and the ubiquity of toy doctor and nurse kits.

I decided to do a little research and was surprised that I could find little or nothing written on the subject. In addition, I was also surprised that the kits didn't seem to exist prior to the 1950's.

I was, however, able to find a number of images and it seemed like there were actually more nurse's kits than doctor kits. 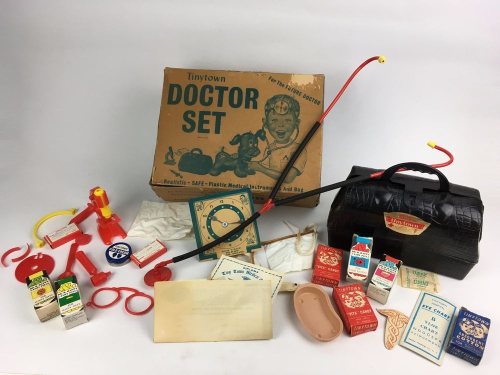 Above is another kit from Peerless, this time a Tiny Town Toy Doctor Set. 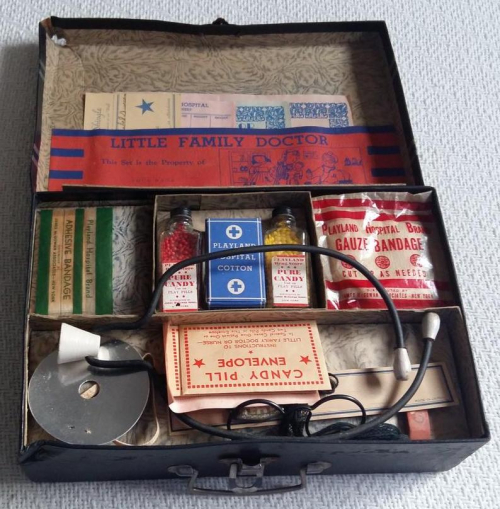 The Little Family Doctor Kit also dates to the 1950's. The image above gives us a good look inside one of the kits which contains candy pills, a stethoscope as well as one of those round things that went on the forehead. And, by the way, what was that round thing? I never saw an actual doctor use one. 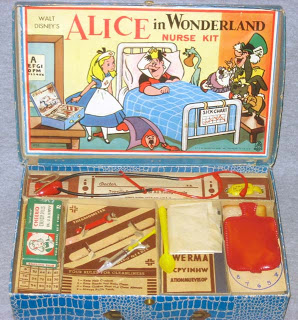 Nurse kits were not immune to licensing. This Alice In Wonderland Nurse Kit dates to 1951 and was a tie in with the movie that released that year. 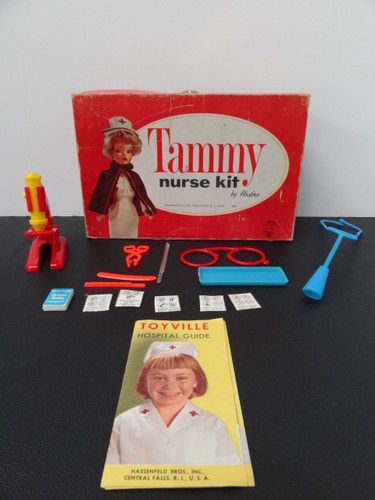 Apparently Toyville had a hospital as well. The Tammy Nurse Kit from Hassenfeld Bros. (now Hasbro) dates to the early 1960s.