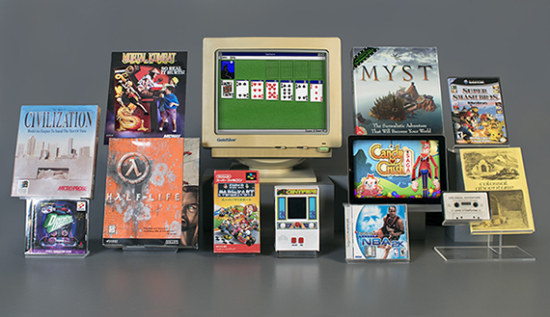 Every year The Strong welcomes new inductees into the World Video Game Hall of Fame, and this year the inductees are Colossal Cave Adventure, Microsoft Windows Solitaire, Mortal Kombat, and Super Mario Kart. It’s a fabulous class, one that well embodies the criteria for selection of icon-status, longevity, geographical reach, and influence.

The process for selecting the new inductees begins with a list of twelve finalists chosen by museum staff. This year those finalists were: These were all games that the museum felt easily met the selection four criteria. When we released the list, we were not surprised that several finalists received more comment (some heated) than others. A few vociferous critics, for example, hated the choice of Candy Crush Saga. Although I wondered if that nominee would be open to the charge of being too new (it came out in 2012), I thought much of the criticism ignored its immense worldwide popularity and its important role in expanding the audience for gaming on smart phones.

While Candy Crush Saga was scorned by many, Microsoft Windows Solitaire earned a surprisingly large amount of support from the public after our announcement. Indeed it received the highest number of votes in the Player’s Choice balloting which is open to the public; in fact it earned more votes than all the other games combined! People seemed to get its importance. After all, since being included in Windows 3.0 in 1990 it has probably been installed on more than a billion computers. Because the game was so familiar—most users had played solitaire with physical playing cards—it was easily understandable. By clicking and dragging cards, many people learned to use a mouse, a relatively unfamiliar computer peripheral that at the time. The game became so ubiquitous that it appeared widely in popular culture, often as a time waster such as in sitcoms such as The Office. 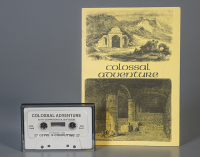 If Microsoft Windows Solitaire is so common as to almost feel commonplace, Colossal Cave Adventure is a game that is probably unfamiliar to many. Not me, though! I remember the magical hours my brother and I spent playing it back in the early 1980s on our family’s Osborne-1 computer. It was the first game I ever finished, and while it had no graphics (as an interactive text-based adventure you typed in two-word commands to control your actions) it still conjured up a magical world of fantasy. Originally created in 1976 by Will Crowther and expanded and modified by Don Woods, it was based on Crowther’s explorations of Mammoth Cave. (The scholar Dennis Jerz wrote a wonderful paper a number of years ago in which he explored the game’s origins.) The game influenced many early game designers and inspired Scott Adams to create the first commercial computer game company. It’s hard to overestimate Adventure’s importance, which is why it was far and away the highest scored game by our International Selection Advisory Committee. 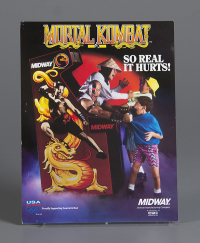 Mortal Kombat exercised influence of another kind. Certainly it was an important game in its own right. Midway Games had Ed Boon, artist John Tobias, and others create it as a counter to the best-selling Street Fighter 2, and it was a hit in the arcades. But it was when it migrated to home consoles that it inspired furor as critics and lawmakers condemned its exaggerated violence, lambasting it in Congressional hearings. The games industry took so much heat for Mortal Kombat (and other violent games such as Night Trap) that they formed the Entertainment Software Ratings Board (ESRB) to rate games. As was noted in an article we published in the American Journal of Play,  such moral panics occurred previously with other media like dime novels, comic books, movies, and television. Mortal Kombat created the spark that lit this firestorm over video games, but its staying power as a game (both in the original and with sequels) testifies to the power of its play. 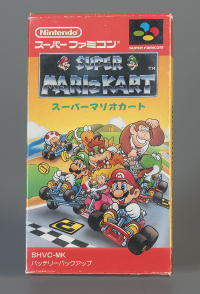 Super Mario Kart is the most straightforward of these games. Still a delight to play, it helped popularize a franchise that’s been enduringly popular on Nintendo systems ever since. The first racing game to make it into the World Video Game Hall of Fame, its popularity rests, I believe, on how relentlessly social and joyous it is. It’s hard to play the game without smiling—even if you stink at it like I do—which is perhaps why it’s so beloved.

These four games join the previous 20 inductees, and we look forward to honoring these titles in a major new exhibit that will house the World Video Game Hall of Fame in The Strong’s ongoing museum expansion.

For more on toys, games, and all sorts of other stuff for play —past and present— from Jon-Paul and his museum colleagues, visit The Strong's Play Stuff Blog