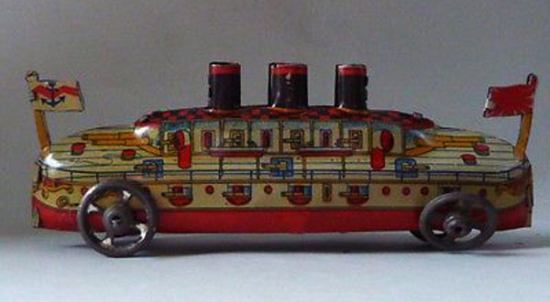 The years between World War I and II were a time of rapid growth for the Japanese toy industry. Germany had dominated toy manufacturing prior to 1914 but with the advent of the war, the U.S. and other countries embargoed German goods. As a result, Japan, which was an American ally, picked up the slack and became a major toy producer. In fact, I was able to find a transcript of Senate hearings from the 1920s in which the toy industry requested tariffs on Japanese products due to what they perceived as unfair competition. "Fighting" Bob LaFollette was on the committee and A.C. Gilbert testified.

The above-pictured battleship must have been for Japanese domestic consumption as it flies the Japanese flag. I like those wheels. 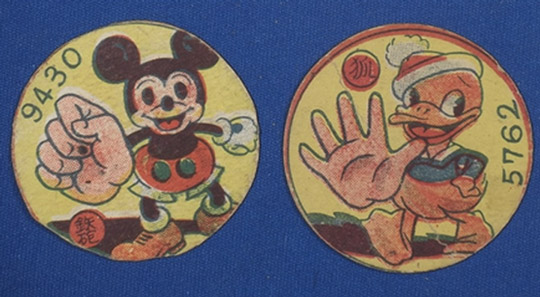 Pictured above are collector cards featuring what appear to be Mickey Mouse and Donald Duck with strange, over-sized human hands. I wonder if they had the license. The above paper dolls are interesting as they are, due to the use of Japanese on the page, designed for the Japanese domestic market. It is interesting to see what kind of accessories were featured (note the sandals) 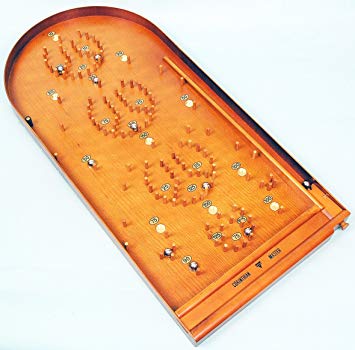 The above Pachinko game was an at-home version of a popular gambling game. It's a precursor of pinball machines. I was amused to learn that the word "Pachinko" is not a Japanese word but is the sound the ball makes as it hits the pins. 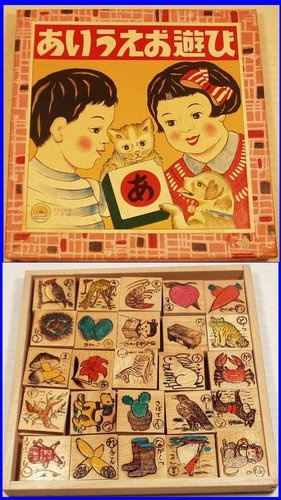 The wooden block toys, shown above, also appear to have been designed for the Japanese market.  They featured various animals and plants and even what appears to be a cactus.