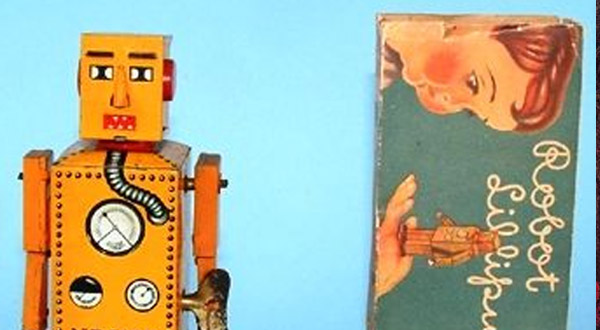 Science Fiction and its impact on play has probably been an under-considered aspect of 20th-century culture and toy history. From Buck Rogers to Darth Vader, visions of the future, both utopian and dystopian, have resulted in a continuing array of toys that featured everything from rayguns, to rocket ships to robots…yes, robots. 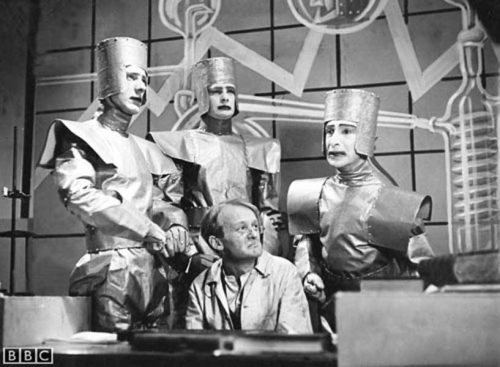 The first toy robot, created in 1937 by the Kuramochi Shoten company, was a Japanese creation named Lilliput (see picture at top).  Japan was a major supplier of toys in the 1930s and Kuramochi was one of the biggest toy companies of the era. 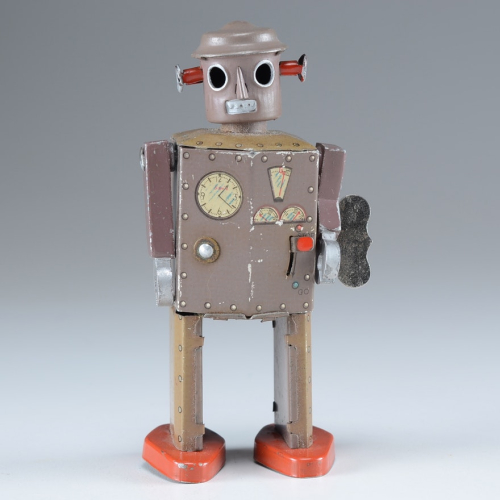 "Atomic Robot Man" debuted in 1948, it is believed to be the second toy robot in history

To give Lilliput the robot some historical context, it  is important to note that it was created just sixteen years after the word "robot" was invented by a Czech author, Karl Capek, for his play, R.U.R. (Rossum's Universal Robots). It was a popular play that was translated into numerous languages. Apparently, one of them was Japanese.

Lilliput was the first of many robots to come out of Japan after World War II with the resurrection of the Japanese toy industry. Here are some depictions of other early robots. 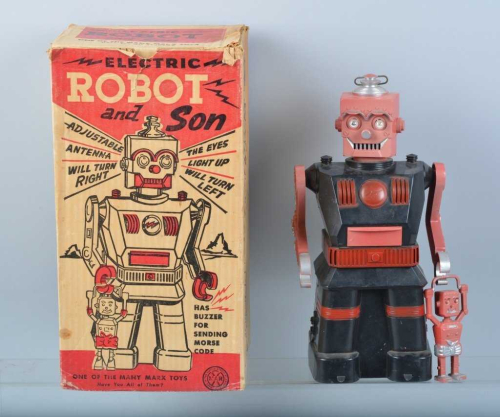 Electric Robot and Son from the Marx Company (he had a son?) 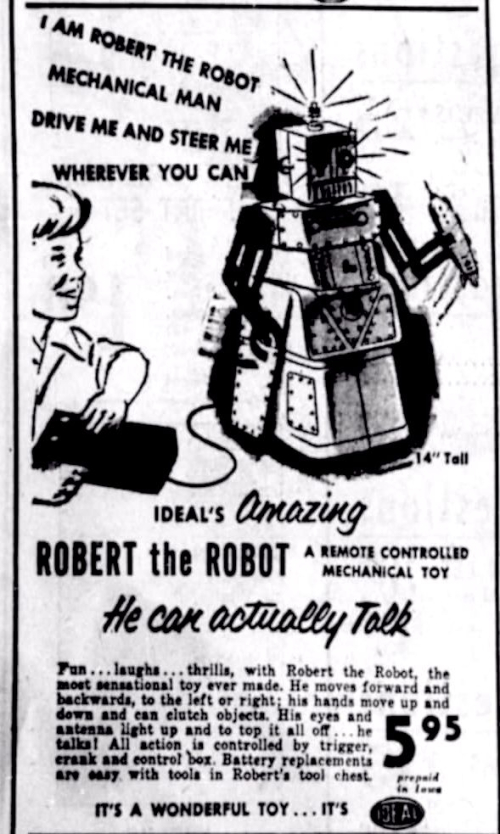 Ad for Robert the Robot from Ideal, purported to be the first American made toy robot