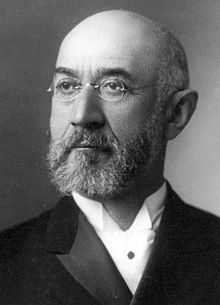 Is there simply no other way to make money in the toy industry? Are we stuck in the 19th century or is it that we are just not seeing the forest for the trees? What are your thoughts?

Toy and game companies do business the old fashioned way:  Buy low and sell high (hopefully). That has been the rule of thumb since the inception of "modern" retailing in the 19th century. For digital play and its child eSports, on-the-other-hand, the model keeps changing.

Case in point is an article by NBC Bay Area reporter, Jonathan Bloom in his article, "How Will Games of the Future Make Money?

Here is how he quotes Kent Wakeford, Co-Founder and Chief Operating Officer of Forte Labs, Inc.:

"eSports, says Wakeford, represent a major way the games of the future will earn money — not by selling players upgraded swords and armor, but through TV commercials, athlete sponsorships, events, and merchandise." –

It appears that, rather than charging for a game or selling the ability to power up after purchase, video game producers are moving towards alternative forms of monetization. These primarily involve monetary engagement through massive, on-line contests, merchandise tie-ins and more.

And how do they make money from contests?

Here is how Craig Wakeford, CFO of Skillz, a company that puts on peer-to-peer contests explains it:  "If two players enter for 60 cents each, the prize is a dollar. Skillz keeps 10 cents of the entry fees, and the last 10 cents goes to the developer…

In its relatively short life-span, video gaming has gone from selling consoles and video games to selling pay to play formats to subscriptions and now to entertainment as a means of making money. That's about a monetary shift every ten years.

So, what's the story on the toy industry. Is there simply no other way to make money? Are we stuck in the 19th century or is it that we are just not seeing the forest for the trees? What are your thoughts?