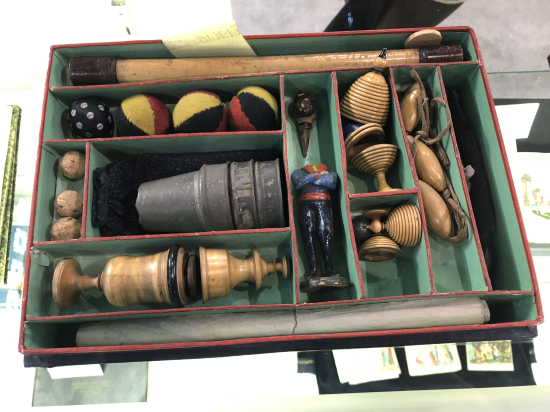 Above is a beautiful toy magic set from the 19th century. The pieces, wool, wood, cloth and metal come in a beautiful wooden box.

Each year I enjoy attending the Antiquarian Book Fair, which takes place in New York City's Park Avenue Armory each Spring. It is an astounding collection of book dealers who exhibit not only rare books but antique maps, photographs, autographs, Americana, and even a few toys. Some of the artifacts are close to 1,000 years old and just about all are fascinating. Here are some pictures I took at the Fair. 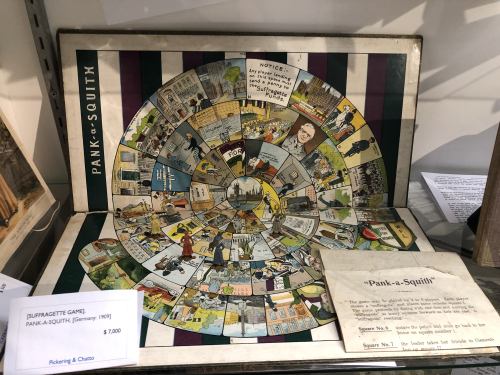 Suffragette Game (see page 2 for close ups of the game)

Above is a game called Pank-a-Squith, a Suffragette game published in early 1900's England. The name stands for the first four letters of the Suffragette leader's name: Emmeline Pankhurst. The Squith was the last six letters of the name of the Prime Minister at that time: Herbert Asquith. Here is what I found on Google Arts & Culture:

The colours of the militant suffragette movement, green, white and purple, are prominent on the 50 squares of the game which are arranged in a spiral. The aim of the game is to reach the central square which represents universal suffrage. A number of political events are represented, including suffragettes throwing stones through a window of the Home Office…and Emmeline Pankhurst slapping a policeman on the face… 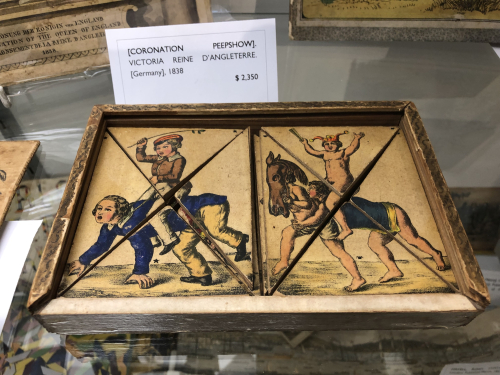 The above artifact is a game / puzzle with some very weird images. There appeared to be about 5 wooden sets in the wooden box. The idea is to jumble them all up and then put them back together again. 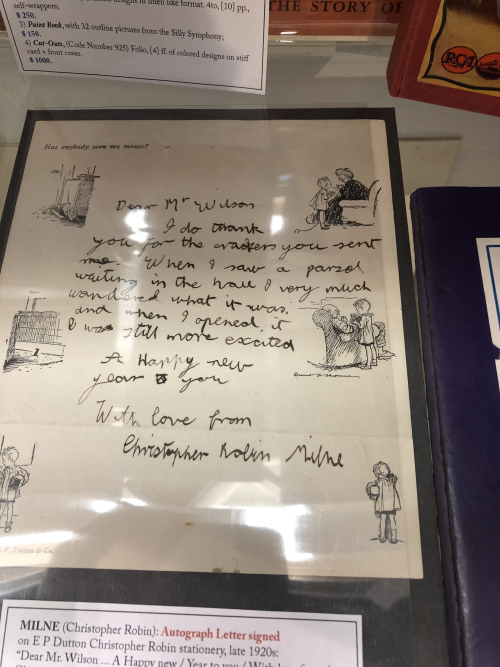 The above is not a toy but it is a wonderful letter from the real Christopher Robin Milne. Above is a game utilizing a silver ball and a track. It dates to World War I and the idea is to get to Berlin. 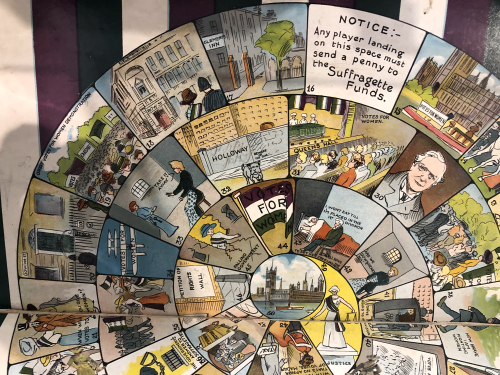 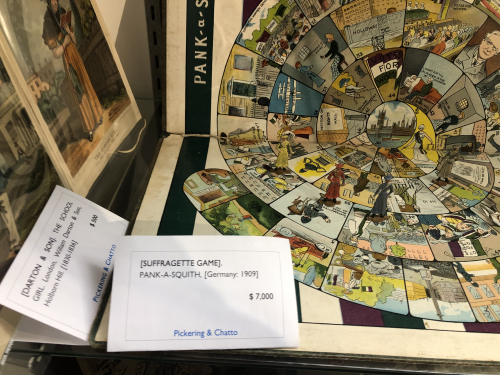 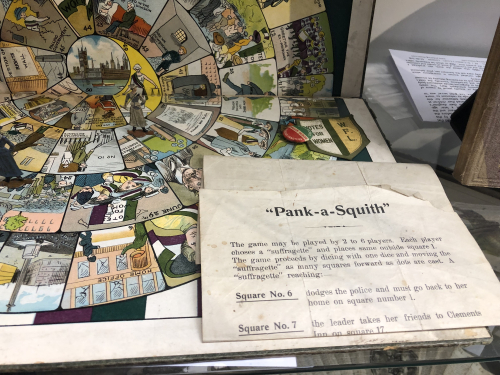