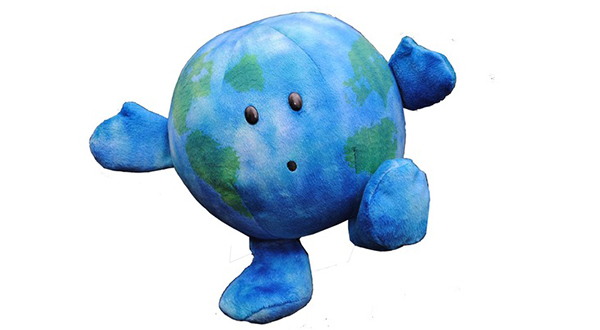 I can’t tell you how many people over the years have introduced a product to me saying, “This is going to be a huge fad.” (It's a lot.) I can, however, tell you how many of those ended up actually becoming fads. Exactly none.

A fad is an anomaly in the world of toys. No one can really see them coming, and while they do come along from time to time, a fad is not something that can be engineered. Fads, at least in the toy business, occur when a product makes the jump from a toy designed for a specific audience makes the leap into the broader culture and captures the imaginations of people who might not otherwise ever pay attention to, or acquire, a toy. Fads are also distinct from top-selling toys. For instance, Beanie Babies were introduced in 1993, but they became a fad in 1995 when it went wide on the Internet—and people believed that they would get rich if they could sell Peanut the Blue Elephant (with tag) for thousands of dollars. On the other hand, the Rainbow Loom and even L.O.L. Surprise! despite monumental sales and lots of attention really aren’t fads; they’re best-sellers. After all, you don’t see adults chasing them…or playing with them.

Fads as we’re describing them usually come about because of a cultural event. Twister became an overnight fad when Johnny Carson played it on The Tonight Show with Eva Gabor. (The game was on the verge of being cancelled by New York’s Hammacher Schlemmer, but the following day they were swamped with customers.) Tickle Me Elmo crossed over into fad-dom in 1996 when Bryant Gumble and Rosie O’Donnell introduced it to largely adult audiences. Cabbage Patch kids became a fad in 1983 when adults were spotted carrying them, and national news programs led with stories about the demand. The Shirley Temple doll touched off a fad in 1934 because in the midst of the Great Depression, she was a beacon of hope, and the star and her doll were iconic representations of that.

Fads always take manufacturers by surprise. That’s why in the days before online resellers lines would form outside stores, and there were even battles in the aisles of toy stores over elusive toys, which only fueled the fire. Today, if you want something, you can probably get it…if you’re willing to pay the price online.

Rare as they are, there’s a new fad in town, and one you might not have heard of. It’s Earth from Celestial Buddies, and its journey from adorable stuffed toy to fad is exactly how these things happen. Of course, Elon Musk and his SpaceX project dominated the news for several days. Lots of people heard about Ripley, the dummy, that went into space on the test mission that resulted in a successful docking with the International Space Station. Unbeknownst to the company, Ripley had a co-pilot, an adorable, stuffed character called, appropriately, Earth. Having made it to the Space Station, he became a mascot of those on board, and they’ve been Tweeting pictures of Earth all dressed up, creating a sensation. Obviously, it’s made the SpaceX program fun and relatable to kids, helped increase curiosity about STEM, and the social media and video interactions are how these things become sensations in today’s market. Celestial Buddies, however, was completely surprised by this. Not disappointed, mind you; just surprised. Now, they’re scrambling to fill the orders that have been flooding in as new—and fun—attention is being paid to space travel throughout the culture.

All fads fade as cultural attention shifts, and the the challenge of a fad is always meeting the demand while the fad rages. The good news, though, is that fads can be managed strategically and often the second-year sales of a fad toy surpass the first as the news and demand spread. In the best scenarios, fad toys become staple items. Cabbage Patch, Power Rangers, and Elmo are still very much part of the toy industry. Today you won’t find a million-dollar Elmo in the window of Cartier, with a free diamond necklace with purchase, but you will find toys that sell year in and year out.

Though fads inevitably pass, they play a significant role in our societal history and common cultural experience. Fads' lasting impact is that like the Pet Rock they become cultural touchstones, tied to a specific time in our culture and reflecting some elements of the zeitgeist at large. They become totemic, in a sense, touching off memories for those who were there when they happened and one of the defining a moment in our social history. Will a little, round, stuffed earth do the same for Elon Musk and his space program? It’s too soon to tell, of course, but today the view from about 245 miles up (the approximate distance to the International Space Station where our Earth toy is probably going to stay) is pretty good.