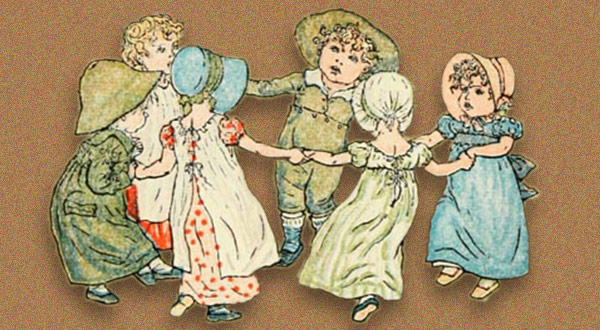 As a child, my summertime world was filled with clusters of kids, unsupervised, playing outdoors, getting sunburned and sweaty. Play could range from fantasy (playing house or sitting in someone's parents car and pretending we were driving) to collecting (in our case bees which we caught in jars) to simply running as fast as we could and for no particular reason.

We also played games, simple games that involved no props, just a group of children agreeing to follow the rules. Here is a list of the games I remember playing. Let me know what games you recall playing in your neighborhood and where you played them (a cul de sac, an empty field, a backyard, etc)? Did they go by these names or did you call them something else? And most importantly, I am curious, do your children or grandchildren play any of these games today?

* I could not find a source for Fox in the Gully but we played it in our neighborhood. It involved someone being the fox and standing in the middle of a big field. Players would stand at each end of the field and try to make it to the other end without getting tagged by the fox. If they were, they became the fox.

** Rock School involved one person being the teacher and standing in front of a group of children sitting on steps. The teacher held a rock in one of her hands. If the child chose the right hand then he or she moved up a step. Get it wrong and the child moved down a step. Whoever got to the top first became the next teacher.