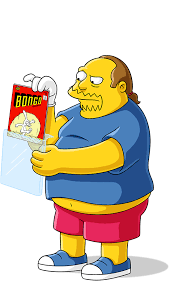 Comic book stores have been closing at a shocking rate. That is what I learned from an article by Matt McGloin in Cosmic Book News, The article, "RIP DC Comics – Cutting The Line", states that there were 2306 comic book stores functioning in 2016. Today there are only 1900.

So, how does this potentially impact the toy industry? If we consider that the comic books industry is the fountainhead for the superhero movie and video game industries, then we have to be concerned that any damage to the industry will effect those who create the characters we have learned to embrace over the last 80 plus years.

The movie writers did not create Superman, the Flash or Spiderman. It was people like Stan Lee, Neil Gaiman, Jack Kirby, Jim Steranko and Steve Ditko. If we lose comic books we may lose future, brilliant, writers and authors and with them a host of stories and characters. Bottom line, there would be no movie tie-in toys without superhero movies and there would be no superhero movies without comic books.

It is possible that comic book stores are simply feeling the heat from e-commerce providers or those who get their comic book fix digitally. Whatever the reason, I think its something worth keeping an eye on. What do you think?