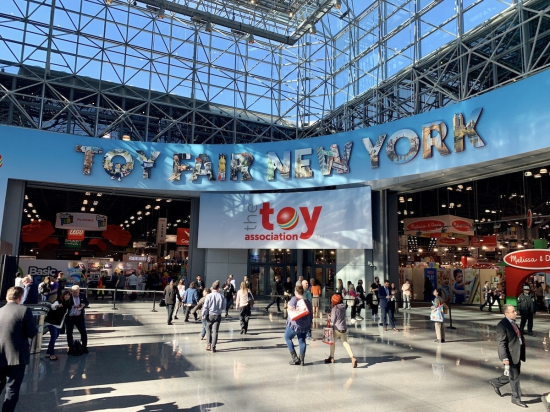 I don't know if it was because 2018 was over or because the industry has a better understanding of the new, retail toy landscape, but for whatever reason, this was the most relaxed and happy I have seen Toy Fair attendees in some time.

In fact, they were even a bit optimistic. A number of people told me that the show was bigger this year. I checked, it wasn't, but they thought it was and that was all that mattered. In addition, they thought there were more people in attendance. I checked, there were. Those are both signs of positive, optimistic  thinking.

As in Nuremberg and Hong Kong there seemed to be little in the way of break out toys, no new products that were paradigm shifting, nothing that caused a ripple of comment across the Javits Center. The lack of breakout items is of course understandable, no one wanted to make a big bet on a new product without knowing how 2018 was going to turn out. We will probably have to wait until 2020 for the next big thing.

I was struck by how little awareness there seemed to be among attendees and exhibitors about the impact of Fortnite and Nintendo Switch on toy sales. As big an event as the Toys R Us bankruptcy was, these breakout stars in video gaming demanded a lot of eyeballs, focus and time and as a result cost the toy industry in revenues. Toys don't just compete with toys for play dollars so we, as an industry, have to be more attuned to what is happening in other play categories.

All in all, I had a great time and a successful show. I have a feeling you did as well.