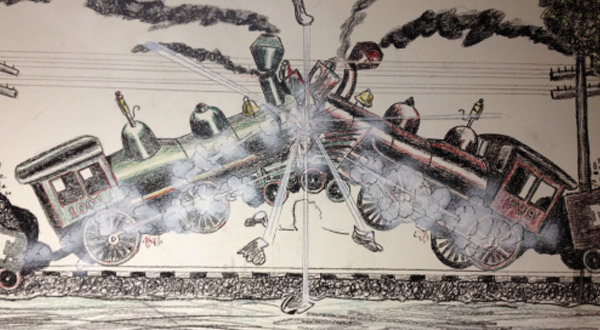 Keep your eyes on every possible purveyor of leisure time activity. Measure yourself against them and not just a Mattel, Hasbro or Mattel.

What business are we in?  In the 20th century I thought that we were in the toy business, competing for dollars with our rivals, their products flanking ours on store shelves and web pages.

In the last decade I decided that we were in the play business, competing for time with anyone who sold play, and that included video games and apps.

Today, I came to realize that we are not just in the toy or play businesses. We are in the leisure time business and failing to realize that can have repercussions for our industry's health.

Here is how I came to that realization: This morning, I read an article by Washington Post writer Brian Fung. His article, "Netflix: Fortnite is a bigger rival than HBO"., recounted Netflix's startling realization that its biggest competitor was not other streaming services or television networks but the video game Fortnite. Here is how Netflix put it in a letter to its shareholders:

“We earn consumer screen time, both mobile and television, away from a very broad set of competitors,” Netflix said in the letter. “We compete with (and lose to) Fortnite more than HBO . . . There are thousands of competitors in this highly-fragmented market vying to entertain consumers."

Going to the movies, reading comic books and novels, watching Youtube videos, playing digital games, watching television, going to the theater, all of that and more, compete with those who make and sell toys. And for what do we compete: Time, passion and focus. What about revenue? Its the byproduct of those three. If children and adults  do not have sufficient time, passion and focus for toys then they will not purchase our products.

History tells us that those who do not know for what they are competing struggle. Consider the railroad industry. Once the world's most powerful and dynamic transportation system, it foundered because its leaders thought they were not competing with airplanes and cars because they werein the train rather than the transportation business.

This is the 21st century world in which we compete. Keep your eyes on every possible purveyor of leisure time activity. Measure yourself against them and not just a Mattel or a Hasbro. Ask yourself how your products compete with theirs when it comes to commanding time, focus and passion.

What business are you in?