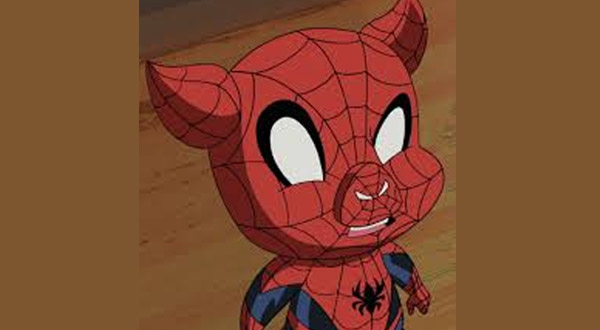 This is part two of my list of Top 10 Pigs of All Time (1-5). Its the Year of the Pig in China so it seems like an appropriate time to celebrate the pigs that populate our high and popular cultures.

Peppa Pig is a British creation that has taken over the world and that includes China. Is Peppa the flavor of the moment or will she be an evergreen classic? So far…so good.

First appearing in 1983, Peter Porker Alias Spider-Ham, has been the star of a multitude of comics and video games. His recent appearance in "Spider-Man: Into the Spider-Verse" has burnished his image as a peculiar, satirical take on the well known superhero.

Miss Piggy is Kermit the Frog's demonstrably passionate girlfriend. Her first appearance occurred in 1976 and her fame has waxed and waned ever since.

Babe the pig was the star of a series of films with his first appearance taking place in an eponymous 1995 film.  He's a lovable character but with dimming star power.

Wonder Wart-Hog came upon the scene in 1962 as a parody of Superman. It was an early underground comic that was both subversive and fun. He's still around but mostly in the memories of 1960's Baby Boomers.