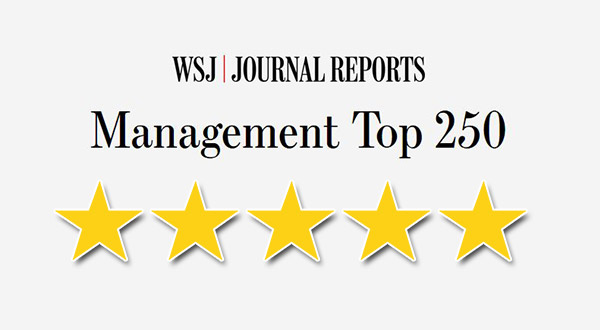 The Wall Street Journal and The Drucker Institute have recently published the WSJ Management Top 250. According to the Wall Street Journal, the list "measures corporate effectiveness by examining performance in five areas: customer satisfaction, employee engagement (an employee's emotional commitment to the job and company),  innovation, social responsibility and financial strength."

To make the list, a company has to be one of 752 publicly traded companies with a stock-market capitalization of $10 billion or $3 billion of revenue. The companies received two to five stars in each of the categories. Apple, not surprisingly was number one while Amazon and Microsoft came in second and third respectively.

The toy and industry related companies received four or five stars as follows:

The toy and play industry related companies which received two stars were:

Do these results surprise you? Let us know.