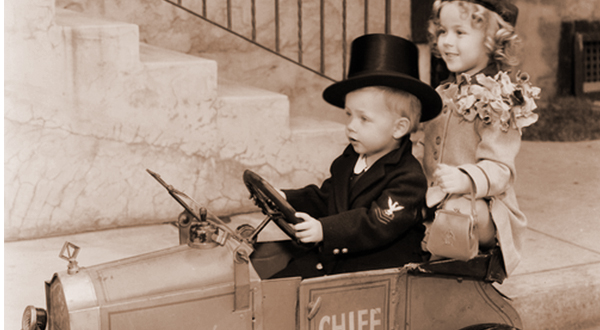 Shirley Temple and Baby LeRoy in a Pedal Car, 1934

I did not realize how long pedal cars have been around until I did some research.  It appears that the first ones appeared almost 130 years ago. It just goes to show, even more than a century ago, that whatever was cutting edge technology (in this case the automobile) was turned into a toy in a very short time.

The pedal car's hay day was in the 1920's and 1930's as can be attested to by the star power that Shirley Temple and Baby LeRoy brought to the pedal car in the 1930's (see above). Here are some images of some particularly beautiful examples. 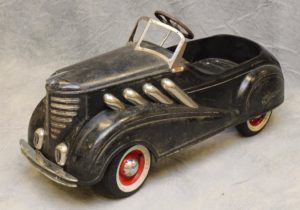 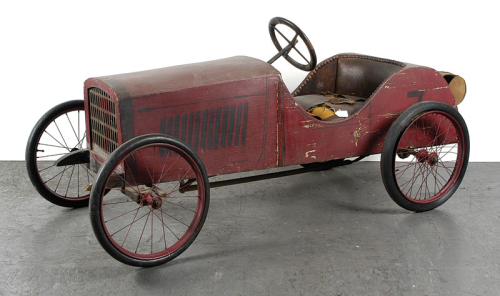 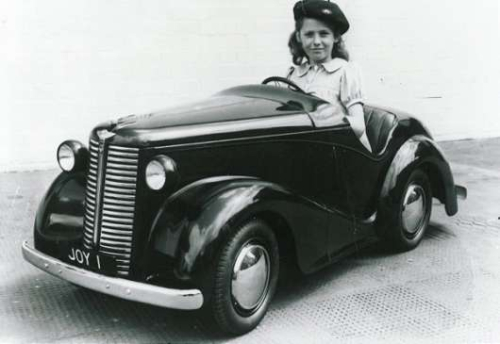 A Very Jaunty Little Girl in her Austin 8 Pedal Car, circa 1940's 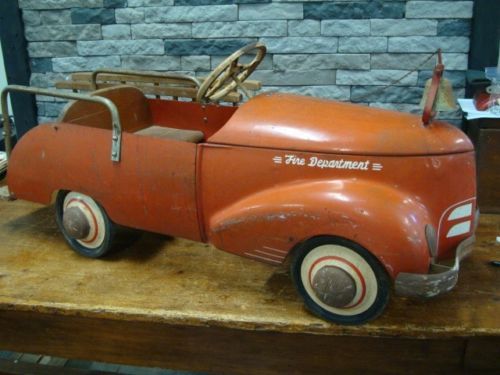