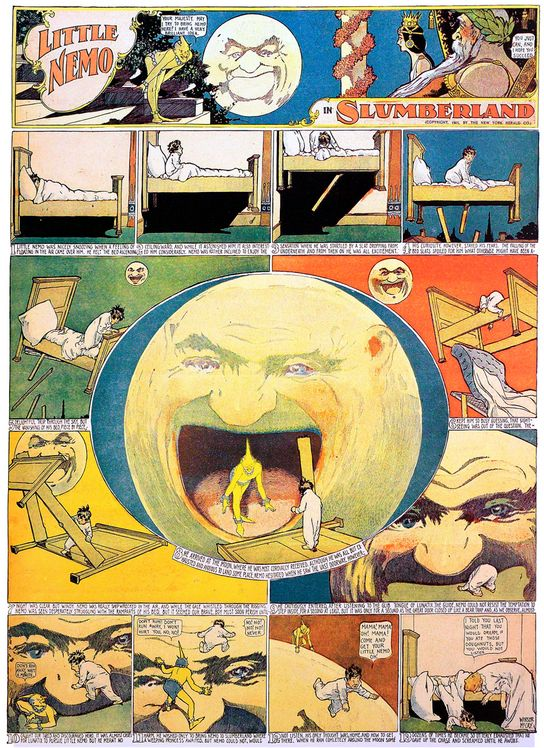 One of the great comic strip illustrators of the late 19th and early 20th centuries was Windsor McKay. Mr. Mckay's "Little Nemo in Slumberland" featured a little boy who would eat cheese rarebit prior to bed and then be rewarded with bizarre, and richly illustrated dreams. 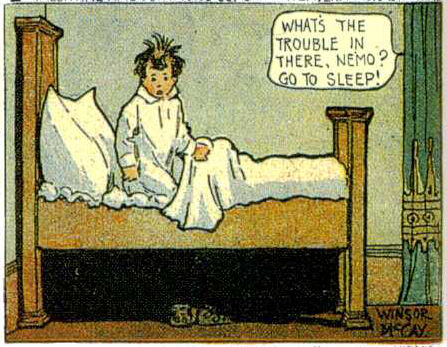 I have eaten cheese rarebit but never before bed so cannot testify as to whether its consumption at that hour generates dreams. What I can tell you that taking some time to read the numerous comic strips (they ran in full color from 1904 – 1925) is a treat for the eye and a challenge to the brain. 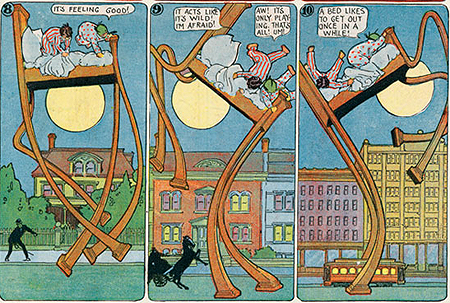 By the way, I wondered where he came up with the name Nemo. After all, Jules Verne had named the captain in "Twenty Thousand Leagues Under the Sea" by the same name. As it turns out, the Latin for "No Man" is Nemo. We first come across it in the Odyssey when Odysseus tells the Cyclops that his name is Nemo or No Man.  Really messes the Cyclops's head up.

But, I digress. McKay is the creator of one of the first if not the first animated characters, Gertie the Dinosaur. The wonderful poster below gives a sense of how much fun it must have been to attend a vaudeville show with Gertie. 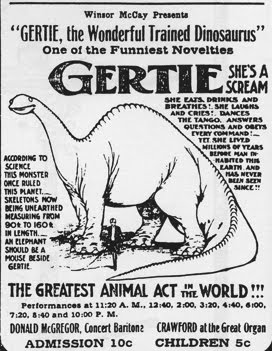 McKay would use the film in a vaudeville act in which he would give the on screen dinosaur commands which it would seemingly obey. Can you imagine how wild that would have been for an audience that lived in a world with Kaisers and Kings?